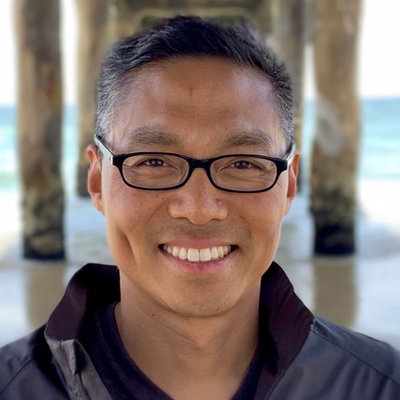 "It might be cliche to say that leaders aren’t born, but made, but it’s hard work to develop leaders over a lifetime. I’m thankful that Asian Access does the needed work to empower and equip Christian leaders throughout the world."

Rev. Dr. James Choung serves as Vice President of Strategy & Innovation — overseeing evangelism, discipleship, planting, growth, missions, multiethnic initiatives, and the Creative Labs — at InterVarsity Christian Fellowship USA. He is also ordained with the Vineyard USA, and has written three books — the latest being Longing for Revival. He speaks frequently and consults at campuses, churches, seminaries, and conferences, and most recently taught a doctoral course on evangelism at Fuller Theological Seminary. He is thankful that his work has been featured in Christianity Today, Leadership Journal, Outreach Magazine, Seminary Now, and exploregod.com.

James wrote his D. Min. dissertation on postmodern leadership development also at Fuller Theological Seminary, received his M. Div. from Gordon-Conwell Theological Seminary, and studied management science and marketing at MIT. He has previously served on the pastoral staff of a Boston-area urban church plant, of a megachurch in Seoul, and led an LA-adjacent house church. As for other interests, he has led worship at various national conferences including the Urbana Student Missions Conference, and serves on boards for higher education and overseas for-profit and non-profit startups. For fun, he likes to travel with his wife, laugh with his two sons, spoil his daughter, bask in Los Angeles’ endless summer, and swing a racket in hopes of playing something like tennis.