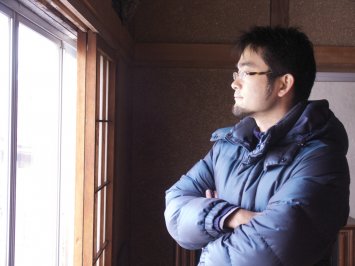 JAPAN (MNN) ―The effects of the 2011 Japan tsunami and earthquake are even more widespread now than they were 14 months ago.

Reminders of that fateful day remain for miles in Japan, deeply embedded in the hearts of survivors, and stretching as far as another continent.

Debris has been piling up on the coasts of Alaska, the state of Washington, and British Columbia for weeks now. Although most cannot be confirmed to be from the tsunami, many items have Japanese writing on them and include things such as building insulation, shoes, and soccer balls. A motorcycle with Japanese license plates from the tsunami hit area even washed up in British Columbia.

It's proof that the tsunami effects have now spread to North America.

Within the nation, debris removal, home repair, and open space where buildings once sat serve as daily reminders of a tragedy that occurred over a year ago.

There have been large efforts with debris removal, says Asian Access (A2) missionary Takeshi Takazawa. He says most major items have been removed. "If you come and stand in the tsunami-hit area, you will see the vast space without anything: foundations here and there of leftover buildings," notes Takazawa.

The open space is a credit to the debris removal teams, but a painful reminder to tsunami victims. Not only are their cities wiped out, but the spaces of nothingness where buildings and houses used to stand also indicate the large number of people still without permanent homes. Thousands of survivors—originally estimated at 320,000—remain in temporary housing.

The housing situation, in particular, has added to another set of problems. Although the first year of post-tsunami care was about keeping people alive and safe, says Takazawa, "Now a majority of the survivors are in temporary housing. They struggle with a sense of loss of possession as well as loved ones, families, relatives, friends. At the same time, they struggle with the loss of their hometown."

Emotional wounds cut deeper and deeper as days of loss pile on. Suicide has become increasingly prevalent in Japan; suicides are up to five times more frequent in Japan since the tsunami hit than the national average of years prior, says Takazawa.

A2 has been able to step in with removal, rebuilding and physical aid, but especially after a year of aid, their focus is increasingly on emotional and spiritual health.

A2 is accomplishing this inner rebuilding in large part through consistency. A2 missionaries, in partnership with other organizations and churches, have been visiting survivors in their home on a regular basis, building relationships, committing to just listening to the residents, and praying if they feel comfortable.

This sort of consistent contact even helps in suicide avoidance. Takazawa says since the likelihood of suicide increases as people are isolated for long periods of time, and depression sets in, A2 partners mobilize teams to visit often.

But as A2 and other believers have reached out to the area, a radical change has taken place. People are exceptionally more open to the Good News of Christ and have come to see the church in a completely new light.

"They see the Christian church as something that they need in their society and in their life," says Takazawa. "God has opened receptivity in these communities."

God continues to create beauty from the debris of tragedy, and A2 is serving an integral role in His work. To help A2 in Japan, click here.