Rays of Light, Matters for Prayer 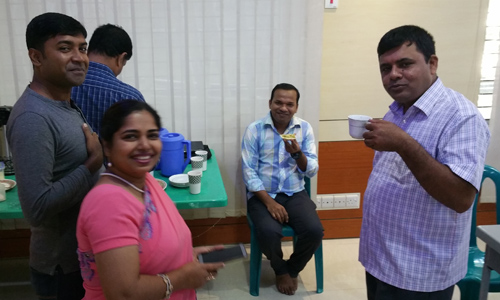 Given where I am sitting as I hear these those words, this is no small statement.

I’m writing from Dhaka, where I am attending a session for A2 Bangladesh’s third class. 15 pastors and parachurch leaders are deep into the fifth of what will be eight sessions together over a two-year period, ably led by a combination of foreign and in-country faculty. All in all, it is a very encouraging environment.

This is especially encouraging in light of what Bangladesh has been through over the past few years. After decades of mostly peaceful co-existence in this Muslim majority country, small groups of Islamic extremists began to strike out violently.

It’s not entirely certain if these groups are connected with ISIS or just imitators, but what has been certain is the damage they inflicted. Pastors, Christian leaders, and even nonreligious foreigners such as NGO leaders were harassed, attacked, beaten, and killed. Churches and Christian groups were infiltrated by “seekers” purporting to be interested in knowing about Christ, but whose real agenda was to identify Christians for future attacks.

The atmosphere of fear reached unprecedented levels. “For about six months, there was extreme fear in the Christian community,” one leader told me. “We continued to trust God, but it was very difficult. We were in fear, especially for our families.”

The violence reached its crescendo when a restaurant in Dhaka popular with foreign tourists was struck, resulting in many deaths. But this attack had a pushback effect. The government, alarmed at the violence’s impact on tourism and foreign investment, instituted a major crackdown.

Emerging from a Dark Season... for Now

As of this writing, many extremist-group leaders are in prison. “The atmosphere has become more peaceful,” another leader told me. “The tensions have been reduced.”

This does not mean that Bangladesh is out of the woods, however. We are meeting at a fenced-in compound outside of the city. It is surrounded by an interesting local neighborhood, but one that I cannot visit, as I am not allowed outside of the compound to take my usual morning walks. “That would be dangerous,” I’ve been told.

“What do you think the future will hold?” I asked several leaders. The answers were consistent: “There will be trouble again. We do not know when, or how bad the trouble will be when it comes. But the extremist groups, while small, are still with us. They are biding their time, waiting for the government and the people to let down their guard.”

"What can the Christians in Bangladesh, and we, do in the meantime?" I asked.

“Pray for us. We thank God for the current peace. If trouble comes again, there will be fear, as we are human. But God is in control. We can trust him for the future.” 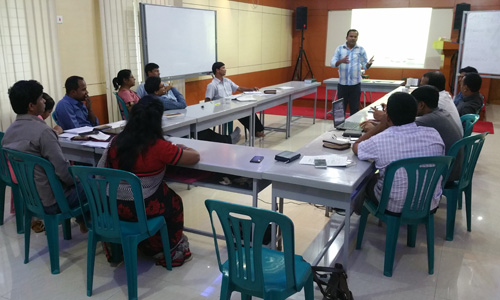 And these leaders are not sitting idle as they trust God for their future. These past few days, I have listened to the Asian Access class members as they have brainstormed ways they can work together to reach their communities, their ethnic and cultural groups, and their country for Christ. This is an upbeat, energized, motivated group. It is a privilege to get to know them and get a sense of their heart and vision. And we at Asian Access are honored to do whatever God enables us to do to build into the lives of leaders such as these. 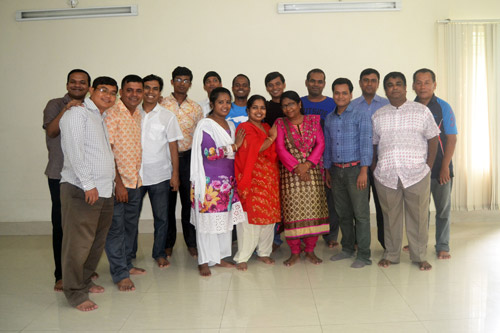 Will you pray with us for the Body of Christ in Bangladesh?