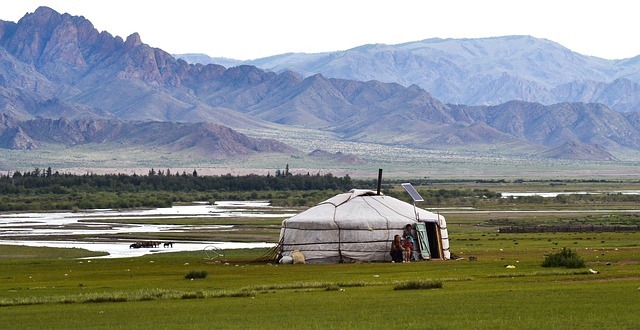 The church in Mongolia is growing rapidly, mostly due to church planting. When I arrived in 2000, the pastors were a divided and competitive lot. Each was hoping to build a mega-church.

My first trip was a tug-of-war for four out of five days. Out of 25 pastors, three were former Soviet Army officers. Two of them loved communism while the other hated it. The real struggle, though, was against level 3 megachurches. Everyone in the room clamored to pastor the largest church in the nation. After four days of arguing, they finally got the message about making disciples and multiplying churches. Every pastor in that group planted multiple churches in the next 12 months.

Watch a video of one of those pastors describing current conditions in Mongolia...

They got the message that we need more churches if we intend to saturate a nation with the gospel. By 2010, more than two percent of the population accepted Christ. They goal is to reach five percent by 2020.

This can only be done by the multiplication of churches. For this we need a new generation of pastors and for that the country needs to make disciples. This makes the book a useful tool.

The church continued to operate in the corners of the country until the arrival of the Soviets in the early part of the 20th century.

The Soviets were equal opportunity persecutors, they killed many Christian leaders along with more than 20,000 Buddhist priests.

By 1989 when Russia abandoned the country it was left in deep poverty and there were just five known Christians.

When I arrived eleven years later American and European missionaries had made inroads, but there was disunity and extreme competition among churches.

Today, the Mongolian Christians are responsible for their own future as the initial wave of missionaries have now retired or otherwise departed. There is great unity among various denominations and doctrinal positions. It is amazing to watch the transformation from just a few years ago. Meanwhile, the government now actively supports Buddhism and has pushed Christianity to the sidelines through a series of laws impinging on religious freedom. However, this actually backfires, promoting Christian unity and a strong emphasis on evangelism.

The church operates marginally underground. All this while 2 of the 3 million people in the country (two-thirds of the entire population) have moved into the capital city, Ulanbaataar. This mass migration sets the stage for an outbreak of the gospel, for whenever the church has gone underground and focused on making disciples in small groups the growth has been spontaneous and rapid. The conditions are ripe for the church to flourish along the lines of the earliest Christians in the Book of Acts.

Pastors in Mongolia have embraced level 4 and 5 reproductive and multiplication church planting this is the key to their recent success. The Christian population in that country is now one of the fastest growing in the world. (See a video describing church multiplication in Mongolia.)

Please pray for these brave, often poor, people as they endeavor to bring a couple of million people to heaven with them. I’ve written more about what I’ve been up to in Mongolia for sixteen years. If this interests you, click to discover how you can help us translate and publish disciplemaking books designed to help Mongolian pastors train more church planters.

This article was originally published here: https://ralphmoorehawaii.com/church-multiplication-in-mongolia/
Ralph welcomes your comments to his article on the original post page (link above). He’ll try to reply when appropriate...

ABOUT THE AUTHOR: Ralph Moore and his wife both started Hope Chapel Hermosa Beach in California. Since then, they have helped deploy teams that have planted over 30 additional churches. Their newest church plant is Hope Chapel Honolulu. The Hope Chapel movement began with just 12 people and has now mushroomed to more than 2,200 churches worldwide. Most of these churches were planted by pastors who were discipled into ministry by someone in their home church. More information: www.ralphmoorehawaii.com

Ralph also serves as a faculty member with Asian Access, having taught on the topic of church multiplication in several countries.