The 5 stages of leadership emergence 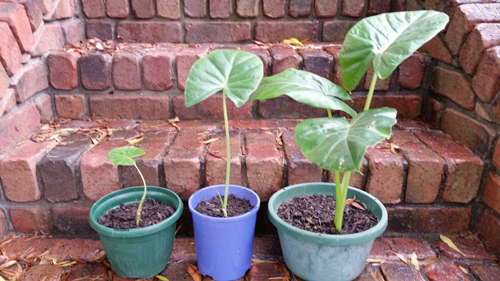 Where have all the leaders gone?

Could there be any more desperate cry than this in our world today?

We have facilitators, administrators, managers, academics, coordinators and people with various titles and qualifications, but very few leaders. So we are left to recruit staff from elsewhere, or raise up volunteers who are given leadership positions and a roster of helpers, or we overload the few leaders that are around. These options often result in a gradual decline or at best a plateauing in our churches and the few leaders that remain, ultimately burn out.

Often, it is only when a situation reaches a crisis point that desperate measures are taken, if it is not already too late. It took the intervention of Moses’ father in law, Jethro, to realise the desperate need for leaders that existed when he questioned Moses,

“What is this you are doing for the people? Why do you alone sit as judge, while all these people stand around you from morning to evening? ... What you are doing is not good. You and these people who come to you will only wear yourselves out. The work is too heavy for you; you cannot handle it alone.” (Exodus 18:14, 17-18)

Or take the Apostles who found things getting out of control because they failed to raise up leaders to whom they could delegate responsibilities that were never meant to be included in their job description (Acts 6:1-7). On each occasion, we find that both Moses and the Apostles needed to go to the next level in their leadership emergence pathway by revising their job descriptions to do three things that all leaders should do; teach (equip) the people, pray for the people and raise up leaders with certain qualities who will share the load.

It is interesting to read of the changes that would occur after these steps were taken. Jethro said to Moses, “If you do this and God so commands, you will be able to stand the strain, and all these people will go home satisfied.” (v 24)

The simple steps of delegation that the Apostles took had an overwhelming impact.

“So the word of God spread. The number of disciples in Jerusalem increased rapidly, and a large number of priests became obedient to the faith.” (v 7)

Consequently, one of the greatest needs in churches today is the need to develop a leadership culture, where every disciple is an emerging leader at some stage of development on a leadership pathway. One of the reasons this is needed is because all disciples of Jesus are called to be the salt of the earth and the light of the world in the world in which they live, and salt and light are agents of influence which is a helpful definition of leadership.

And because leaders emerge over a lifetime, I want to detail the levels of development that emerging leaders might follow on the leadership development continuum. Perhaps this might help you to be more purposeful in developing a leadership culture in your church that will maximise the growth of leaders.

Identifying the 5 stages of leadership emergence

It is a dangerous thing to place someone into leadership who has not first learned to be a follower. We are all born into a world of authority figures and will for the rest of our lives have to relate to authority figures. It is only safe to give a person authority who is willing to come under authority. Surely this is why Jesus was so impressed with the faith of the centurion who said to Jesus, “For I myself am a man under authority, with soldiers under me.” (Matthew 8:9)

Some of the qualities I look for in a person’s life at this level are a servant heart, a teachable spirit, humility, faithfulness, availability and a love for people. The most important person we will learn to follow is Jesus and the greatest goal we can have in our lives is to grow more and more like Jesus. The apostle Paul brings together the idea of being a follower and a leader where he says, “Follow my example as I follow the example of Christ.” (1 Corinthians 11:1)

“A leader is a person who has learned to obey a discipline imposed from without, and has then taken on a more rigorous discipline from within. Those who rebel against authority and scorn self discipline – who shirk the rigors and turn from the sacrifices – do not qualify to lead. Many who drop out (from leadership) are sufficiently gifted but have large areas of life floating free from the Holy Spirit’s control. Lazy and disorganised people never rise to true leadership.”
— J. Oswald Sanders SPIRITUAL LEADERSHIP.

I had the privilege of talking with Mr Sanders on various occasions while he was alive, and it was his discernment as the leader of a mission organisation, that the main reason people dropped out of leadership was not a lack of academic training but rather a lack in various areas of discipline that build self leadership.

It follows that it is important for leaders to realise that they cannot lead others until they have first of all led themselves. For leaders cannot take a person further than they themselves have gone. Self leadership has to do with the development of various disciplines which can be defined as doing what needs to be done when it needs to be done. It relates to a whole lifestyle and involves areas of spiritual disciplines, personal health, emotional intelligence, time management, character development, relational skills and continuous growth.

Leadership is not found in a title or qualifications or years of service; leadership flows out of a life of influence and is given to a person by followers rather than taken from people by a person in a position of leadership. Leaders emerge because they have been faithful followers, particularly of Jesus, and have evidenced key disciplines in areas of self leadership. Because they have been faithful in little things, it automatically follows that they can be trusted with greater things that will involve leadership of a group of people towards God’s purposes for that group. Emerging leaders will want to be good stewards of the gifts God has entrusted to them and they will be aware of a sense of vision rising up in them. Emerging leaders will have a hunger to grow as a leader and will seek out leadership resources and find a mentor to maximise their growth.

This is where Moses and the Apostles found themselves. Leaders go to a new level when they have a paradigm shift and see people as Jesus saw people. Jesus saw potential in the most ordinary people right from the time He called them to follow Him. They were more than followers, they were potential leaders. If a leader does not make this transition to level 4, the leader will limit the growth of his/her ministry and it will plateau when it reaches a fairly predictable number of people.

As this stage unfolds, the leader will start to spend more time with less people and in the process begin to delegate responsibilities to those who are proving faithful in the little things and displaying leadership potential. For pastors, moving into this level will find them giving priority to developing a leadership culture in the church, giving more attention to equipping the saints for the work of ministry, and then building their own ministry team as leaders are set apart to lead various departments in the life of the church. It will be important for a leader to find a mentor who has had experience at this level to help the leader in his/her ongoing leadership emergence journey to the next level.

Continued growth in the multiplication of disciples will result in another level of leadership emergence as those on the senior leader’s ministry team will themselves be raising up their own team of leaders as their ministry grows. For example, the leader of small groups will need to raise up a growing number of small group leaders and the children’s leader and the youth leader will need to raise up leaders who will each disciple a group of children or youth. In a growing vibrant church or ministry, the need for a continual supply of leaders will always exist and so the need for a leadership culture and a leadership pathway that gives priority to the continual development of leaders is required.

May you live your life in such a way that it will not be said of you and your church,

“Where have all the leaders gone?”