Greetings, CTCAP [City To City - Asia Pacific] family! We hope these stories have been encouraging us to press on towards what God has placed in our hearts for our cities. Today, we are pleased to bring you a story of generosity, resilience and service in the face of persecution and need from Colombo, Sri Lanka! 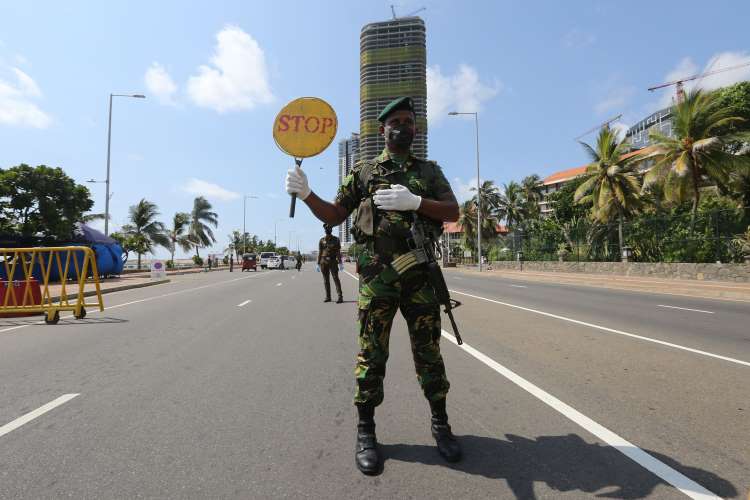 Just a little over a year ago, we witnessed the tragic terror attacks on three churches in Sri Lanka during Easter services which shook the entire Christian world. Christians in Sri Lanka have faced violence and discrimination as they suffer the stigma of being identified as a foreign religion and thus, a minority in the country. As a result of this ongoing discrimination and oppression, it is deeply saddening to hear that some Christians are not receiving aid in the pandemic from the official relief efforts.

Many of the oppressed Christians in Sri Lanka from the villages on the outskirts of Colombo are daily wage labourers who have been out of work for the past two months with little to no savings to tide over the pandemic. Authorities have announced Rs. 5,000 (about USD 30) worth of relief supplies for daily wage labourers but unfortunately, some Christians among them did not receive this aid. To add to their plight, they are also refused credit at stores which is allowed to others. All of this really puts them in a tough spot during this period of lockdown and calls to question the survival of their families in the long run 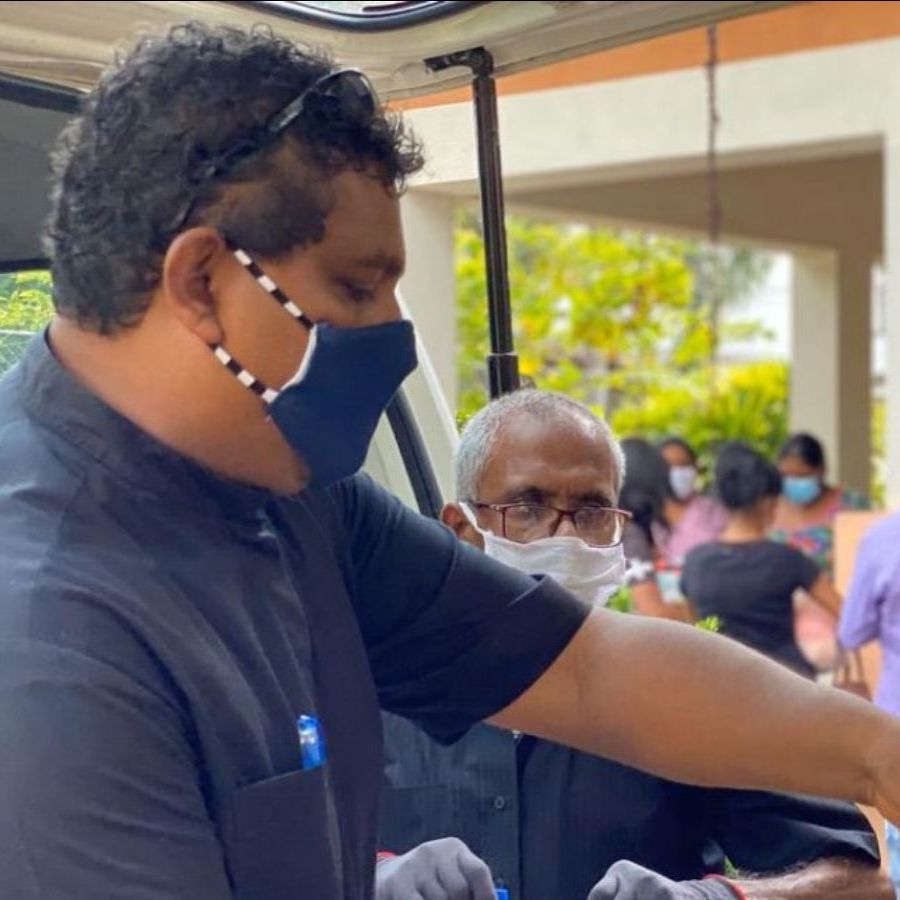 The King’s Care team, headed by Virukshan Perera, one of the pastors of Calvary Centre, felt the burden to do something. Virukshan likens the situation to what we see in Matthew 14, where Jesus, after a long day of being with large crowds of people is approached by His disciples.

As evening approached, the disciples came to Jesus and said, “This is a remote place, and it’s already getting late. Send the crowds away, so they can go to the villages and buy themselves some food.” Jesus replied, “They do not need to go away. You give them something to eat.” (Matthew 14:15)

With that as inspiration, the team responded in faith and courage to serve people in need. They trusted God for provisions to feed as many people as they possibly could. 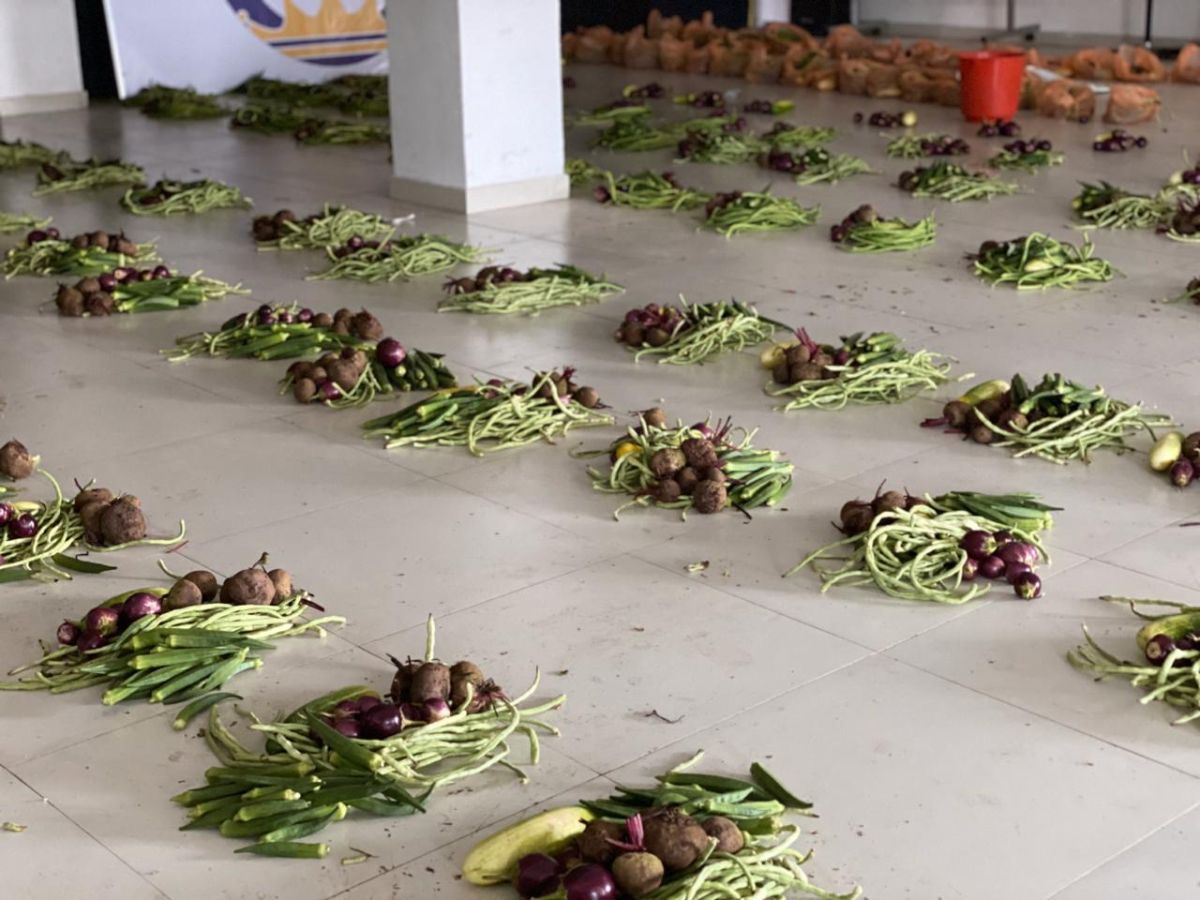 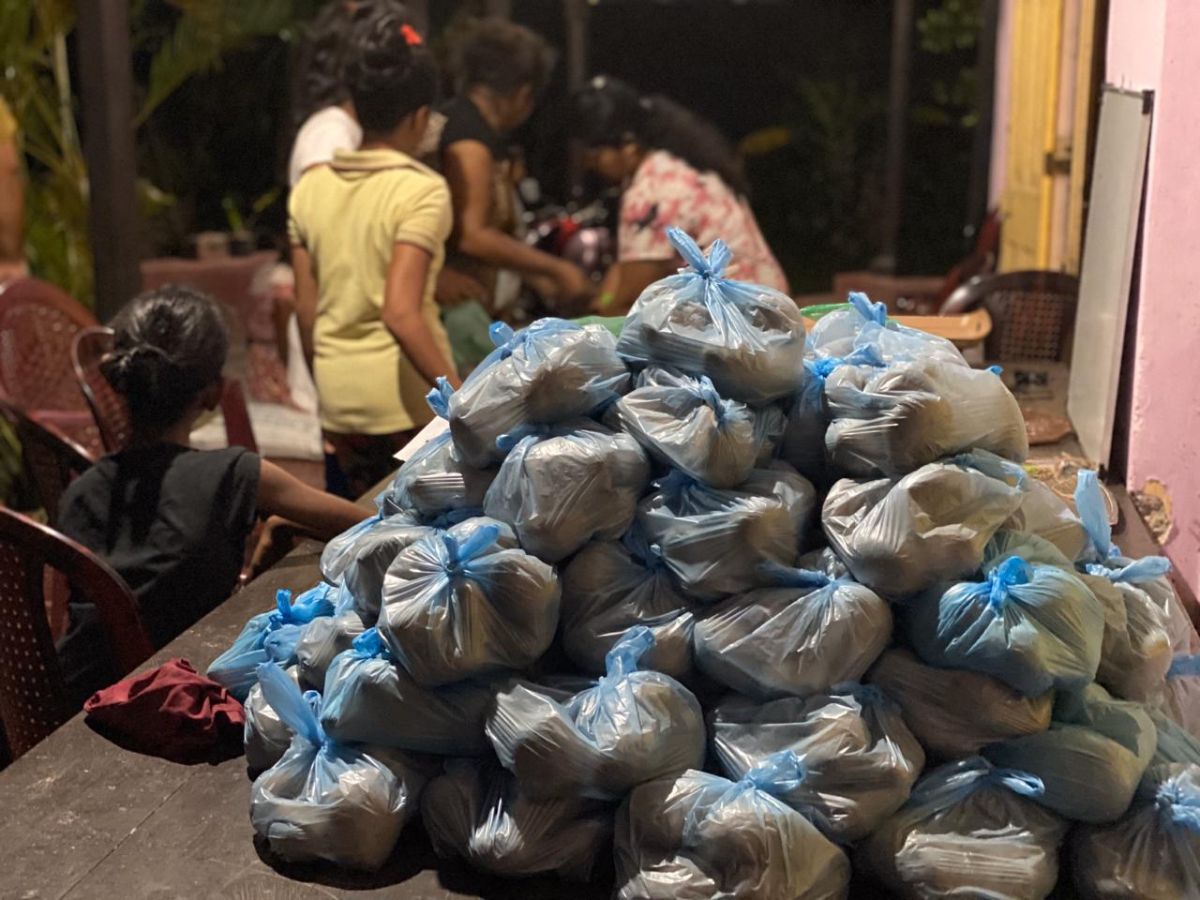 The Gospel In Action

Just as the disciples brought to Jesus all that they had (merely 5 loaves and 2 fish), and Jesus blessed what they had and it multiplied, feeding 5,000 people, Virukshan and his team have seen miraculous provisions come through with their limited resources. On three different occasions, they saw the hand of God reward their step of faith by providing three truck-loads of vegetables and rations through a person they had never even met before! With these provisions, they have been working closely with the police force and government to provide for over 2,500 (both Christian and non-Chrisitan) homes. 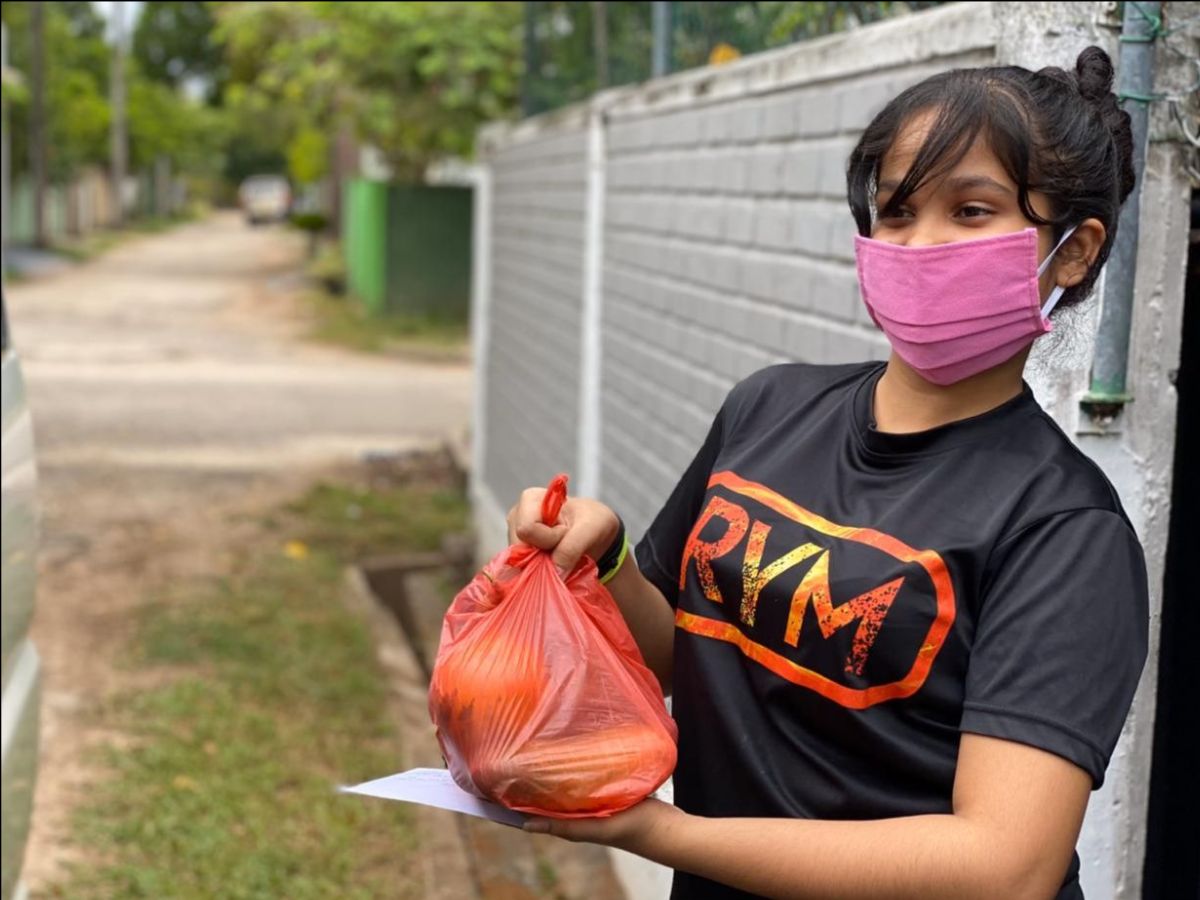 "The key is to step up and do something and God multiplies!"

Additionally, they have also been periodically supporting the police force who are on duty and unable to go home by providing food for them. They also support pastors from across denominations who are finding it difficult to sustain their families because of the closure of physical worship services and consequently, the loss of offerings and donations from members of their churches. Pastor Virukshan says, "The key is to step up and do something and then God multiplies it."

“It is easy to pass the ball to someone else as to how they should have managed things or done things better. As for you, be the change. Do what you can to transform your community. Go beyond your ethnic and religious boundaries to bless someone.” 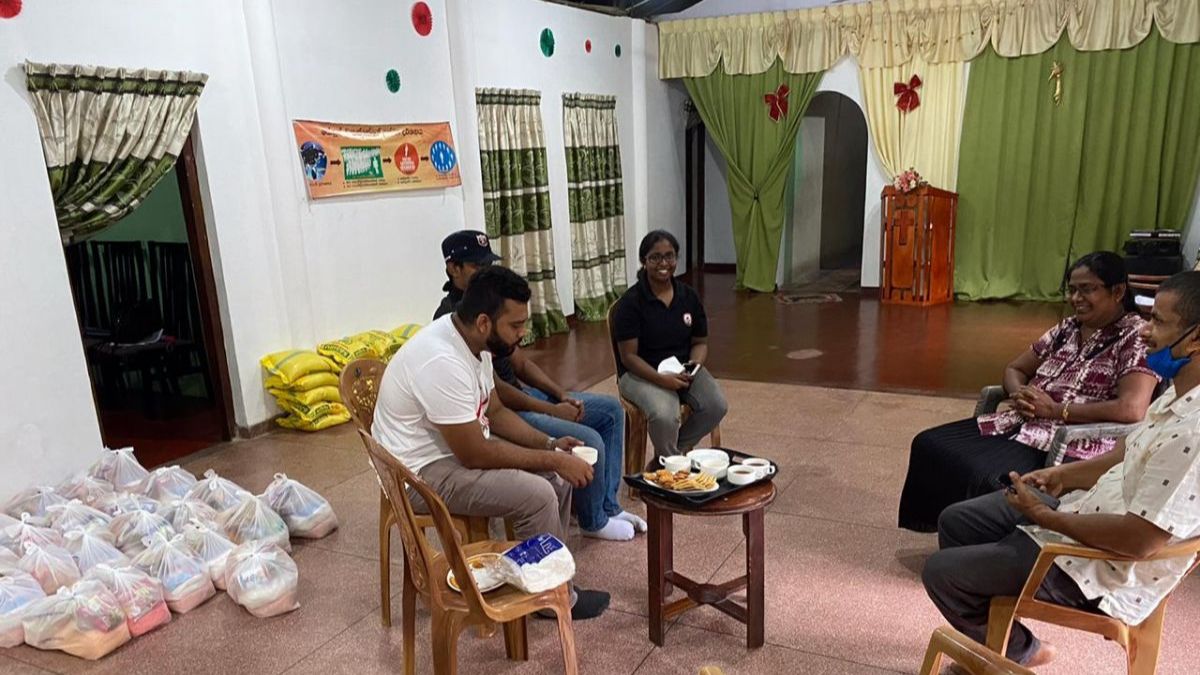 This church was all over the news for being constantly attacked by mobs who tried to shut their doors down. Today, Pastor Virukshan's team is at the very place the mob stood, providing rations for the whole congregation! It was the church's desire to bless their persecutors, and the team were able to help them out towards it.

Pastor Virukshan is to attend the [City to City] Asia Intensive later this year as an observer. Another member of his team is a prospective church planter and is looking at attending the Asia Intensive as a participant. Let’s continue to pray for and support this work in Sri Lanka.