A Fresh Move of God in Asia?

This article is by one of our Asian Access Liaisons who specializes in helping new countries embrace the A2 DNA as they launch. For security reasons, we are protecting his identity so he can continue to minister freely. 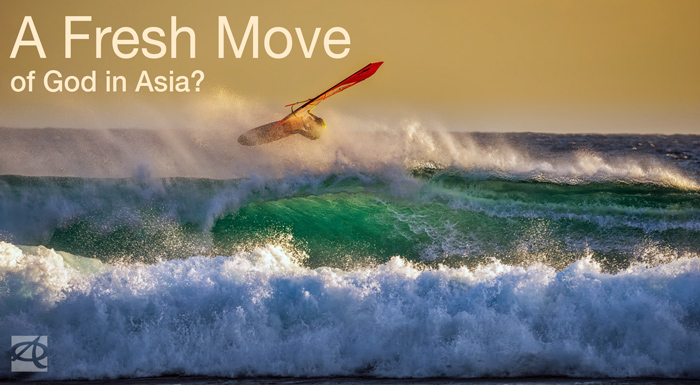 Some months ago, just before the entrance of the coronavirus, I began reading a book on my shelf that had been in my possession, unread, for a few years. The author is John M. Barry, and its title is The Great Influenza. It is a New York Times Bestseller. Barry tells the epic story of what he says is the deadliest plague in recorded history. The US experienced 650 thousand deaths; worldwide some 50 million died. Somewhat ominously for us now, as we are hoping for an end to the present crisis, there was a second wave during that influenza that was far more deadly than the first.

While a little long, it is a good read. The timing of the read for me is most interesting because of its parallel to the present pestilence.

The virus has certainly changed this year’s ministry plans for me, and for those of the entire Asian Access family.

I have now cancelled all 4 of my international trips that had been planned for March, April, May, and June of this year. I am still sheltering in place even as most of you. All of my colleagues in the 17 countries in which we are now operating have been severely limited in what they can do. Some work and communication have been accomplished by meetings over the internet, but for a few of us, including me, this is of limited usefulness because of language barriers, and security concerns.

So, I have learned to enjoy this time as an unintended Sabbatical. I am doing a lot of reading; I am working on projects inside and outside the house; I have taught some Perspectives on the World Christian Movement classes online; I am enjoying time with family; I am thinking and praying a lot alone and with friends nearby. And, personally, in an unexpected discovery, I have found this time to be most stirring, and I would like to tell you why.

While I cannot say that I know God’s purposes for allowing, or even perhaps bringing this plague, I think I see a clear objective of our Lord’s that I want to commend to you for thought and for prayer. It is captured in this verse:

It is God’s clear intention to raise up the knowledge and honor of Himself in all the world to all the people groups, many of which still are unreached or where the church is very rare in presence. He will not cease in this objective. For me, this suggests that I should be on the alert for new opportunities to participate in the advance of his Kingdom as this pestilence is taking place, and even more so as it concludes.

I have been reminded that in 1989-90 at the collapse of the Soviet Union and the end of the Cold War, those of us in the West had a huge new opportunity to see churches planted in the Muslim nations of Central Asia. Similarly, Russia’s schools welcomed Christian organizations from the West to supply curriculum for their broken, country-wide school system.

Likewise, I think we can anticipate that as this crisis subsides, we will have new opportunities to pursue ministry in a lot of places which seemed heretofore inaccessible or impossible. So I am praying a lot about this, and I think I already see some things on the edge of possibility in the countries I serve. I wrote about this in an earlier news report about 6 months ago. I believe I sense that some of these countries are on the edge of a new chapter of Church advance.

I hope I am right; I hope you too, are in a place where you will be able to engage in fresh Kingdom breakthrough as this pestilence, we trust, soon subsides. I will be praying in this manner for you as I pray for myself.