So many of the images and memories from the triple disaster are as vivid today as when I experienced them ten years ago. I realize in reflecting on those experiences that they have changed me forever. 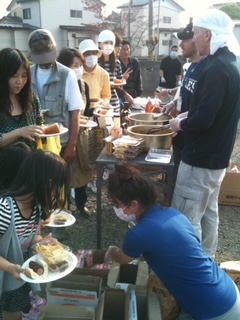 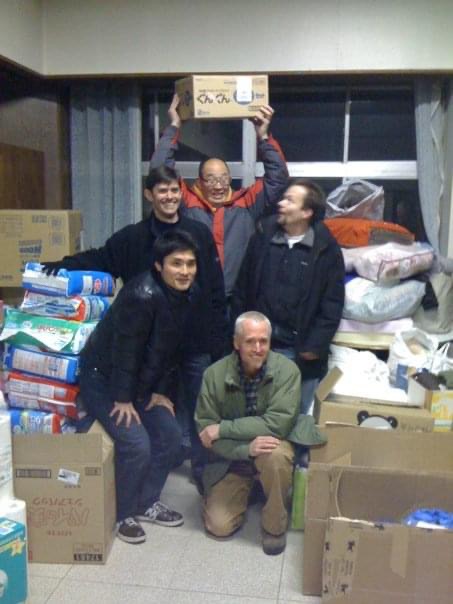 A week after the Great East Japan Earthquake our team was tasked with locating and supporting local churches near the devastation zone to establish them as centers for distribution of food and desperately needed supplies.

At that early juncture, churches able to receive and distribute resources to their surrounding communities were rare. Often church buildings were abandoned with no contact made despite repeated attempts. Some churches that received supplies did not have the means to get them into the hands of the survivors and ended up stockpiling the goods instead. I remember driving around the neighborhood of one of those churches after a disappointing visit. We started breaking open the boxes of bottled water in our still loaded vehicle and handing them out directly to people on the streets who otherwise would have had to walk blocks and stand in long lines just to collect their daily ration of potable water.

Somewhere in my frustration, I muttered under my breath,

“It’s going to take a few more of these disasters before the Church will be ready to respond.”

In the weeks and months that ensued our Lord did something beautiful... or rather beautifying. Thousands of volunteers from churches all over the globe came and served their hearts out to bring hope and healing to a hurting nation. It did not matter to the locals from what church or denomination they came. Volunteers were simply and gratefully received as “Kirisuto San,” people of Christ. Local Japanese churches, who previous to the tsunami were separately doing their own good works, came together to pray and meet each other's needs, to collectively face this crisis that was bigger than any one particular denomination could handle on their own.

I saw how God had already prepared for this event years in advance by giving Asian Access the vision to help unite the Church in Japan through partnerships and networks. Many of those network pastors played key roles in allowing the churches to “be one.”

My initial pessimistic view of the state of the Church was being transformed by participation in God’s plan of redemption. 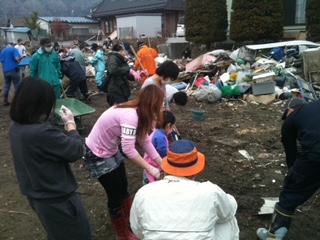 Over the years Japan has been met with many other natural disasters. Out of the devastation regional networks of churches quickly organize to direct relief efforts and resources to the hardest-hit areas. By serving among these networks I have witnessed cooperation between churches like never before. No longer do walls of division and isolation prevent the love of Jesus from flowing. It is as if through tragedy, Christ has clothed his bride in fine linen, ”to present her to himself as a radiant church, without stain or wrinkle or any other blemish, but holy and blameless."

Eric Takamoto has been in Japan with Asian Access for over 20 years. After being part of the early response, he and his family sensed God calling them to live and serve in Ishinomaki, one of the areas hardest hit by the tsunami. They moved in 2012 and continue to partner there with BeOne, serving the community and being “people of Christ.” Eric’s compassion and willingness to walk with people who are suffering has been an inspiration.