Beware of Becoming a Christian Atheist 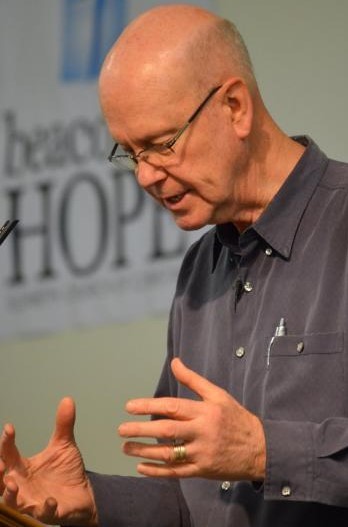 CHRISTIAN ATHEIST: Is a person who believes in God but lives as though God doesn’t exist or is largely irrelevant to the everyday business of living.

The term CHRISTIAN ATHEIST is a figure of speech called an oxymoron in which seemingly contradictory terms appear side by side. Other examples of oxymorons that perhaps you have used are:

An example of a group of people who believed in God but lived as though He didn’t exist is found in the story of a prayer meeting in Acts 12 where we read, “So Peter was kept in prison but the church was earnestly praying to God for him.” (v 6) So far so good, because all-night prayer meetings where people come together to earnestly pray are not all that common these days.

But God heard their prayers and sent an angel into the prison to facilitate Peter’s escape. It was a miracle. On being set free Peter goes to the house of Mary, the mother of John Mark, “where many people had gathered and were praying.” (v 5 )

Can you imagine Peter’s excitement when he knocked on the door of the house and was greeted by a servant girl called Rhoda? She recognised Peter’s voice and was so excited that she ran back to the prayer meeting, forgetting to open the door to let Peter in. It seems that Peter was having more trouble getting into the prayer meeting than he did getting out of prison. Rhoda, who was overjoyed, tells the prayer meeting that their prayers had been answered and that Peter is at the door. Instead of praising the Lord because their prayers had been answered, the people in the prayer meeting told Rhoda that she was mad (out of her mind). They conceded that it must be his angel. Finally, we read that “Peter kept on knocking and when they opened the door and saw him, they were astonished.” (v 16)

When push came to shove, it was unexpected, unprecedented, and illogical that God could answer a prayer like that. What a story!

Paul spoke about the last days that would be characterised by “having a form of godliness but denying its power.” 2 Timothy 3:5. Jesus spoke of the religious leaders of His day that were in error because they did not “know the scriptures or the power of God.” Matthew 22:29 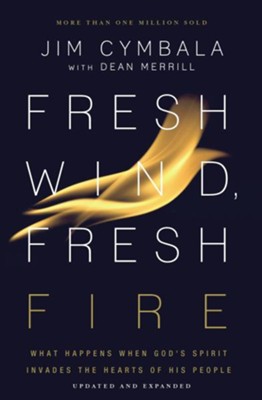 One of the great stories of a modern-day praying church comes from Brooklyn Tabernacle in New York, described as a church built on prayer characterised by “faith-filled mountain-moving prayer that transforms circumstances and changes lives.” Its pastor, Jim Cymbala said the most important meeting in the life of the church is the Wednesday night prayer meeting.

“If we can beat the devil in the prayer meeting on Wednesday night, we can beat him everywhere else.”

Cymbala described God who has prepared a banquet table of choice things that He was ready to give His people if only they would come together and ask Him. You can read Jim’s story in his book, FRESH WIND, FRESH FIRE.

The Christian atheist reminds us that:

I recall reading of a church that lived in a town that was experiencing a time of drought. One day they decided to meet in the city square to pray for rain. And one person came with an attitude of faith that expected God to respond to their prayers. He was a ten-year-old boy that brought an umbrella with him.

The great missionary to China, Hudson Taylor, challenged another area of life in which it is possible to be a Christian atheist and that is in the area of finances. He sailed to China in 1854 on his own with a vision to reach millions for Christ. By 1900 there were 750 missionaries in China and over the years four million dollars had been raised without anyone but God being asked for finances.

He never went into debt and based his mission on the following principles:

It was not possible to belong to the China Inland Mission and be a Christian atheist. When Sue and I stepped out into our own ministry in 2008 without any financial support we remember in a time of prayer the Lord saying, “You can trust the Giver or you can trust the gift.” It was a defining moment and one that required from us a faith response.

And yet we live in an age where Christian institutions can compromise their values in order to qualify for government subsidies, or put their trust in professional fundraisers whilst ignoring the priority of prayer and trusting in the promises of God, in particular Philippians 4:19.

Sue and I are learning more and more that there is not an area of our lives where we can not come to God in prayer to seek His help. Three years ago we felt that it was time to sell our home and downsize to a smaller home. But where to start, except to pray.

It wasn’t long before I was walking down a nearby street on my morning walk and I felt the prompt of God that He would provide a house for us in this particular street. I shared this prompt with Sue and from that point on, as I daily walked down this street I felt encouraged to take a bold initiative. I was to walk down the middle of the street with my hands raised crying out to God for a house.

A little later, a friend of a friend of a friend who happened to live in this street advised me of a particular house in the street that was about to come on the market. Upon hearing this, I collected Sue and we drove around to the house and knocked on the door. The owners were surprised when I told them we were looking for a house in the street and had heard that their house was about to be presented for sale. I told them I had been walking down this street praying for a house and could we come inside to inspect the house.

The owners who confirmed that the house was being prepared for sale, were reluctant to let us in. They were nervous about our rather unorthodox strategy for purchasing a house. Finally, they allowed us in and from there the whole process gained speed and within 24 hours we had all agreed to the sale of the house and the following day a contract was signed. We relocated to our new home four weeks later.

I am glad we have a living God whose word says, “Do not be anxious about ANYTHING but in EVERYTHING by prayer and petition with thanksgiving, present your requests to God.” — Philippians 4:6

It is so easy to let the circumstances of a particular situation discourage us and cause us to live like Christian atheists. And we “do not have because we do not ask God.” — James 4:2

Perhaps there are areas of your life where you live with little or no reference to God, where God is shut out. Perhaps you see your faith in God as something private and to be kept to yourself.

And I have good news for you. You can decide now that you don’t have to live like a Christian atheist anymore. Do what Peter did when he saw Jesus coming to him, walking on water. (Matthew 14:22-33)

He received permission from Jesus to walk on water, he took a step of faith in Jesus and His word, he got out of the boat and he kept his eyes on Jesus and moved beyond the life of a Christian atheist. However, when he took his eyes off Jesus and focused on the windy conditions, his faith gave way to fear and he began to sink. But that never needed to have happened.

Let me encourage you to learn from Peter and get out of the boat and start living the supernatural life that is waiting for you to experience.

"Now unto Him who is able to do immeasurably more than all we ask or imagine according to His power that is at work within us, to Him be the glory in the church and in Christ Jesus throughout all generations, forever and ever! Amen.”

A WORD FOR LEADERS

I believe that as a leader goes, so the followers go. Leadership is influence. Accordingly, I can’t think of many more important words for leaders than this word on Christian atheists. For leaders who live as Christian atheists, who fail to walk by faith in the promises of God and fail to live a life in intimacy with the Father and miss partnering with Him in the great things He is doing, such leaders deny their followers the destiny that God had planned for them. Leaders who are stuck in the traditions of the past and miss the opportunities to march courageously off the map into the never-to-be-repeated opportunities that must be seized as they arise or forever be lost are not leaders at all. By their very actions, they have forfeited their right to lead.

In these unprecedented days, may God raise up a generation of leaders whose ultimate loyalty is to their Lord, who will march in step with God’s drumbeat and be willing to lay down their lives for the joy of one day hearing the words, “Well done good and faithful servant.”

This article is reposted with permission and was originally published here: https://roddentoneng.com.au/beware-the-bankruptcy-of-a-christian-atheist/

ABOUT THE AUTHOR: Rod Denton has served as a pastor and as a teacher in the development of emerging leaders in Australia and 9 different countries across Asia with Asian Access. He now serves as a consultant for Rod Denton Equipping The Next Generation. Rod also serves part-time as the Mission's Resource Consultant with the Salvation Army.

email: This email address is being protected from spambots. You need JavaScript enabled to view it.