Collaboration for Transformation: A Team Effort in Indonesia 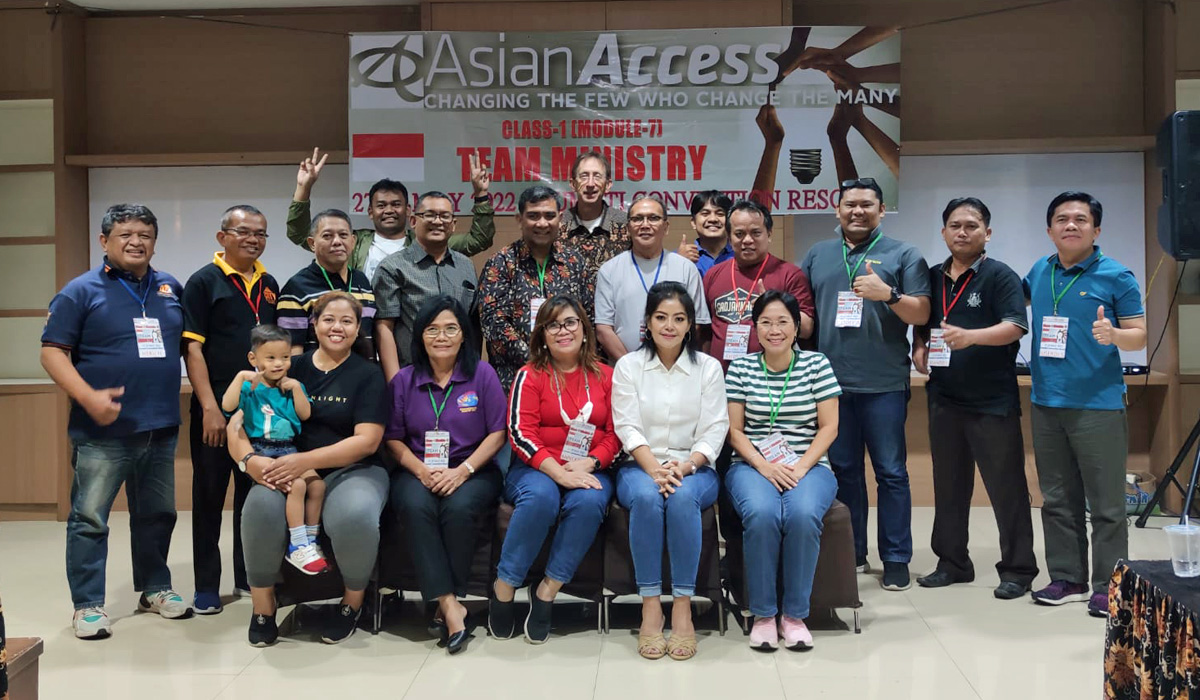 Asian Access’ mission is to equip and unify visionary Christ-centered leaders to influence Spirit-led change. I just saw a great example of this value being put into action at the gathering of the Asian Access Indonesia First Class this May.

The class was back in person for the first time in 27 months for the seventh of the eight modules that comprise the (usual) two-year program. As you can imagine, the value of being together was being savored after two+ years of virtual interaction.

The environment was ideal for a presentation by Dr. Anton Tarigan. Dr. Tarigan has served a number of roles over the years—pastor, Director of External Relations for the Indonesia Evangelical Alliance, and a role with the Australian Embassy. In 2019, he accepted the position of Director for Movement Day Indonesia, which is what brought him to our gathering.

Movement Day (https://www.movementday.com) is a global initiative designed to mobilize Christians to tackle four key areas that impact our world: Fatherlessness, Education, Poverty, and Unemployment. Originally launched from Tim Keller’s ministry in New York, the initiative is expanding its reach as countries sign on to engage these issues.

Dr. Tarigan was one of the first leaders whom we met in 2017 when we were introducing the idea of Asian Access in Indonesia. At an earlier First Class module, Dr. Tarigan led the morning devotional and prayer time for the group. So he was already familiar with Asian Access and our mission.

“I am excited to share the vision of Movement Day with the leaders in Asian Access,” Dr. Tarigan told me.

“If Movement Day is to succeed, we must inspire the key leaders in our country to join our wholistic-ministry effort. The leaders in Asian Access are just the kind of men and women we need to reach.”

Dr. Tarigan had that opportunity the second morning of the module. He shared a compelling presentation that included eye-opening information on the issues faced in Indonesia, and how Movement Day hopes to address these issues. The next steps will be to follow up with interested leaders from the cohort who want to pursue deeper involvement with how Movement Day will implement their vision to impact the nation of Indonesia for the Kingdom.

It was a great example of collaboration—the diverse group of leaders that comprise the A2 Indonesia cohort, engaging a presentation that envisions a unified effort to address key problems and issues in their nation, to share the love of Christ and advance the cause of the Kingdom. As our mission says: to equip and unify visionary Christ-centered leaders to influence Spirit-led change. Amen!

Noel Becchetti has been serving as Asian Access' VP for Leader Development since 2012. Noel and his wife Kyle currently reside in El Cajon, California.