He Reigns Over All The Earth . . . even Japan

C.L. Hunter, CEO of "Christ Hu Nterz Productions" (pronounced "Christ Who Enters") recently approached Asian Access to partner with him in promoting a great new song by Fahren Johnson, "He Reigns Over All the Earth."

Hunter shared with us:

"Fahren Johnson will be traveling to Japan this November for a mission trip, as well as ministering song alongside local Japanese music ministers. The song has been translated into Japanese, as well as the You Tube video by one of our precious friend’s who is a pastor in Japan. Fahren will be singing at the Sendai Gospel Festival as well during this trip. CEO Chris Hunter will be in Japan during this time as well to meet with the local volunteers of CRASH JAPAN to share the vision, as well as to support the volunteers, pastors, and organizations in this region."

The group of very talented singers shares such strong interest in helping the victims of the triple disaster in Japan. You can read their story below.

We urge you to download the song from iTunes and enjoy!  While there, please consider ranking the song and offering a review.  Finally, we invite you to donate to Asian Access’ Japan Tsunami Relief Fund.

Take a look at a video clip with the inspiring song . . .

Here is Chris Hunter’s statement about this exciting project: 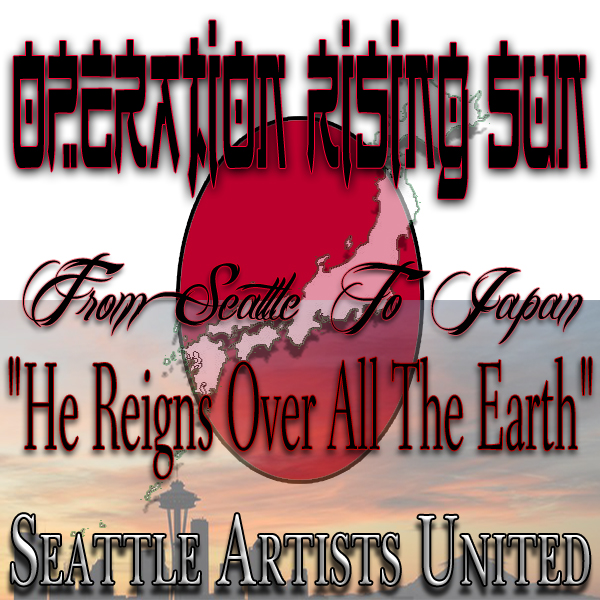 Operation Rising Sun: From Seattle to Japan (Seattle Artists United) was birthed as a seed in the heart of C.L. Hunter, CEO of Christ Hu Nterz Productions (CHP) over a year ago. He felt God was telling him to bring the local Christian artists together to do a compilation CD to give light to such a great talent in this area.

It lay dormant until March 11, 2011 when we met with a Japanese pastor at our church Vision Conference. We met with her to pray about bringing one of our artists there to Japan to minister to the Youth. We prayed and asked God to open their hearts to receive the Gospel of Jesus Christ. Little did any of us know that there was an earthquake and tsunami that had just ravaged the Sendai region of that country?

We saw the news that night and fell to our faces. God immediately revealed to us that this was why He impressed it upon his heart to bring the artists together. There was such a bigger plan than any of us could imagine. God wanted to bring unity to a people and salvation to a nation.

We immediately prayed and began to ask God what was next and He shared with us to ask Fahren Johnson, an artist on the CHP label, to write the song. It was literally written in one day and we were in the studio two days later. Many came out to support and so many called and wanted to be on this project, but were unable to at such a short notice. We truly thank them as well, because their hearts were with us, so they are still a part of this project in our hearts.

Great struggles and attacks came from every side, but God continued to show us the way and kept us focused on the vision and what He wanted us to do. We have partnered with a wonderful organization, Asian Access, who will be our "hands & feet" to get these donations to the local pastors in Japan to help with food, clothing and supplies, as well as to share the Gospel of Jesus Christ! We are so very excited for what God is doing in this country and we are humbled that He would choose us for such a project. He truly has received and will continue to receive all the glory.

The song was made available for digital download at www.christhunterzproductions.com on July 1, 2011. There is also an opportunity to donate to Asian Access, as well as purchase the song download, so please do the very best that you are able. To know that you were a part of God's plan to bring salvation to a nation is an amazing feeling. Share with your friends & family and God bless each of you for your support. Continue to pray for healing, restoration and salvation for the Japanese people.

We are also excited for the doors that are opening for this project. The writer of the song, Fahren Johnson, will be traveling to Japan this November for a mission trip, as well as will be ministering song alongside local Japanese music ministers. The song has been translated into Japanese, as well as the You Tube video by one of our precious friend’s who is a pastor in Japan. Fahren will be singing at the Sendai Gospel Festival as well during this trip. CEO Chris Hunter will be in Japan during this time as well to meet with the local volunteers of CRASH JAPAN to share the vision, as well as to support the volunteers, pastors, and organizations in this region.

CHP has slated to host a dynamic outdoor concert in Seattle, Washington in the Summer of 2012 to get all of the artists who participated on this song to come together for a benefit concert. All proceeds will go to Asian Access for the furthering efforts of rebuilding churches and helping out the people of Japan. We have pushed the video out to MTV, BET and VH1 in an effort to gain national/international exposure for continuing donations to the effort. We will be nominating the project for the 2012 Stellar & Dove Awards, as well as many other national & international awards shows. Whatever avenues that we have available to us will be utilized to continue to support the nation of Japan, and we are grateful for the opportunity to be a part of shaping a nation for Christ! 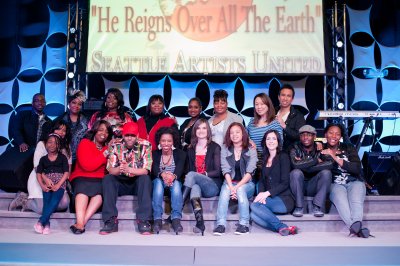