Persecution—and God's care through an A2 leader 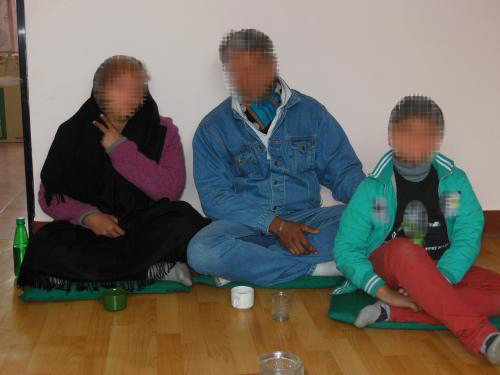 When you get on the ground in the Third World, you can find tragedy in nearly every nook and cranny—and also God’s care at work, through the kindness of His people.

We saw this up close on a recent visit to an A2 session in what we call a restricted-access country (which is why I’m supplying no names or location).  After the A2 session concluded, Pastor “Joseph” took Kyle and me on a sightseeing and people-meeting time in the area. One of the stops we made was to his church; there, we met a family from a nearby Muslim-majority country. Muhammad, his wife Ilya, and their 7-year-old son Ishmael (not their real names) shared a chilling testimony.

Muhammad’s father converted from Islam to Christianity as a young man. When he died in 2004, his family wanted to bring him back to their home village to have him buried in the family Islamic cemetery. Muhammad’s family declined, honoring their father’s wishes to be buried in the local Christian cemetery.

“Since then,” Muhammad told us, “we have been harassed. Family members were followed, bullied, and attacked. People would call and tell us that we were going to be killed.

“Just this past month, we realized that we must leave our country and seek God’s next steps for us. My cousin knows some people here; they got in touch with Pastor “Joseph”, who is letting us live in his church while we try to figure out what to do next.”

I had a question:  After years of peace while he grew up, why did the attacks begin at his father’s death?  “If you are born Christian in my country, you are generally left alone. But if you convert, the hard-liners go crazy. My father’s insistence in being buried in the Christian cemetery fanned the flames of rage that had simmered since his conversion.”

Muhammad shared his story in a relaxed, friendly manner, but when we gathered around the three of them to pray, Ilya broke down crying. "Today is our 9th wedding anniversary,” Ilya sobbed... and we prayed.

It was heartbreaking to hear their story. It was a privilege to gather around and pray for them. And it is a tribute to the heart and generosity of A2 leaders like Pastor “Joseph” as, at personal risk, he opens the doors of his church to this refugee family, persecuted for their faith in Christ.