Our intake will always dictate our outflow.

It has been one week since the Boston Marathon. During the year, the theme of 'Boston Strong,' could be seen everywhere on posters, attitudes and even by the beards of the 2013 World Series Champion Boston Red Sox players! This year the 26.2 mile race was run without incident with Meb Keflezighi winning the men's title, the first time an American has won in thirty years, in a time of 2:08.37. Women's champion, Rita Jeptoo of Kenya, set a course record of 2:18.57. A total of over 36,000 athletes competed. 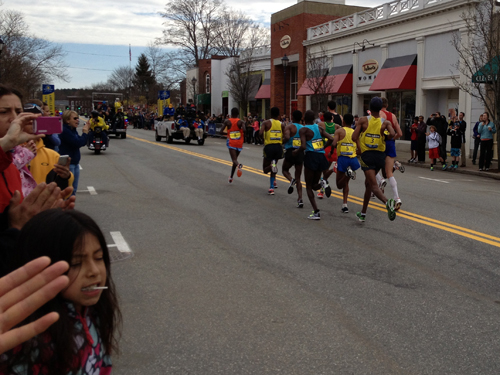 It was interesting to watch the race and to follow the pace and strategy of the lead runners. The one thing that the runners had in common was that they all drank liquids during the race. They knew that even with all the training they had done during the year prior to the race, they needed to put back nutrients and hydrate themselves during the race so that they could finish well.

My own modest attempts at running marathons in 1973 and 1980, taught me the importance of proper hydration. Both marathons were run on the island of Guam, a small, tropical island in Micronesia. The race started at 4 am, in the dark, so that most of the race would be completed before the scorching heat and humidity took its toll. In 1973, as a high school student, I thought that I was invincible, and did not take in much water. I finished the race, but ran into a tree and woke up in the hospital, suffering from dehydration. My output exceeded my input at a very dangerous level. In 1980, a bit wiser, better trained and well hydrated, I won the race in a time of 2:48.24.

As I research resiliency and self-care, and mentor Japanese pastors, I see how this need for balance plays out in similar ways to marathon running. One cannot perform beyond the input of training over time and the daily hydration of spiritual rhythms and self-care. While goals, records and victories are important, at the end of the day it is the health of the performer that is at stake. If a competitor cannot finish the race he can't win the prize, as Paul would say. What is the impact of a pastor who has a diminished ability to serve his church due to burnout? For pastors, particularly those who are disaster first responders, compassion fatigue is a predominant form that dehydration takes. Leaders give out to care for others with a corresponding lack of care for themselves. It has been three years since Japan's triple disaster, and I often see this reality.

It is the desire of Three Stream Ministries (TSM) to assist pastors in developing the basic rhythms of self-care (self-hydration?) and spiritual disciplines to finish strong and well in the marathon of ministry. 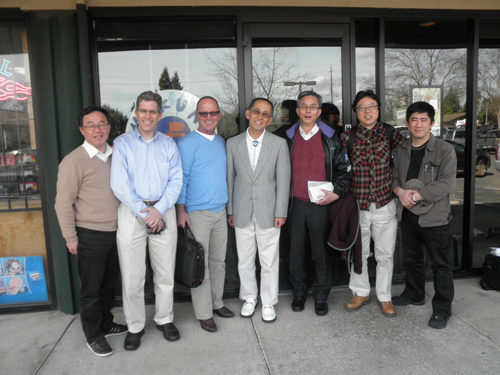 Another important factor of running in a large marathon, is that there are others running with you. Runners can use this to their advantage for pacing, encouragement and healthy competition. Ultimately, they must run their own race, but having others on the journey helps. This is a strategic element of TSM—peer mentoring. The pastorate can be lonely, with few friends, unhealthy comparisons, a lack of perspective and few resources. Having others who 'get it,' are safe and are sweating and hydrating with you, means so much!

Training for marathoners starts slowly, but intentionally, the day after a big race. The 'day after,' for a pastor is usually Monday. After being away from Japan for eight months, TSM and I start afresh from June. We are thankful for your prayers. 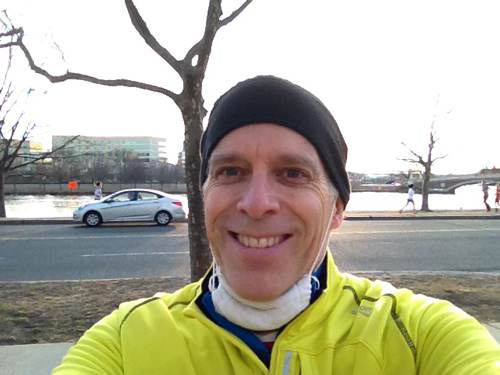 John is an A2 missionary serving through Three Stream Ministries. You can read his staff profile here...