GLENDORA, CA (A2) June 12, 2007 - Asian Access, an evangelical mission organization announced today that the organization’s third president, Rev. S. Douglas Birdsall, will be stepping down on September 30, 2007.Birdsall, who assumed the position in 1991, is also the Executive International Chair of the Lausanne Committee for World Evangelization (LCWE). He cited the need to focus exclusively on Lausanne movement as the primary reason for stepping down as president of Asian Access. However, he will continue on as an Asian Access missionary, seconded to LCWE and will also continue as a member of the Asian Access board of directors.“After much thought and prayer, I realized that I could no longer effectively lead both organizations.  I remain committed to the people and the vision of Asian Access.  I am grateful for the evidence of God’s provident Hand in using everything I’ve experienced up to this point to prepare me for this new role with Lausanne. I want to give it my all.  I also realize that Asian Access is at a point in its growth where it needs the undivided time and passion of a new leader who can take the ministry forward.”Ron McMahon, Chairman of the Board of Directors, expressed the board’s unequivocal appreciation of Rev. Birdsall’s tenure.“The board deeply loves Doug and Jeanie, and we wish them the very best as they follow God’s call. We appreciate the manner in which they have led this mission with progressive vision and untarnished character. Doug’s sixteen years at the helm sharpened our ministry by focusing all our work on developing leaders and multiplying churches.”The ministry launched in Japan in 1967 as “Language Institute For Evangelism,” pioneering short-term English teaching as a means of evangelism. In the 1980s, the organization became known as “LIFE Ministries” and began to train Japanese pastors, as well as to explore new models of church planting. In 2002, it adopted the name “Asian Access” to reflect its widening scope outside Japan.Under Birdsall’s direction, the mission expanded beyond Japan into several nations across Asia, with plans to establish work in 20 countries by 2012. Current countries include Cambodia, India, Mongolia, Myanmar, Nepal, Sri Lanka, and closed countries whose identity must be guarded. These networks have grown to include hundreds of leaders across Asia who have been trained by Asian Access.McMahon confirmed that the board accepted Birdsall’s resignation from the post, stating, “While we are sorry to lose Doug as our leader, we see this development as a kingdom advance, not as a setback. Our mission is to ‘identify, develop and release kingdom leaders.’ In keeping with this objective, we feel we are releasing Doug to pursue his expanded calling.”“As an organization, one of our core values is generosity, and we must let Doug pursue this larger vision.” McMahon added. “God will bless His Kingdom through Doug’s new call. And we embrace this new calling for him. Even so, the board has asked Doug to remain on as an Asian Access missionary and a board member for the foreseeable future. We’re pleased Doug accepted our request.”The 53-year-old Birdsall added, “We have deep affection for Asian Access. Jeanie and I consider ourselves part of the Asian Access family, and have for 28 years since we first joined the mission and moved to Japan. We’re eager to remain Asian Access missionaries, and I’m honored to serve on its board.” 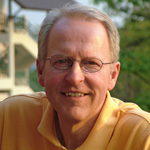 At its June 5 meeting, the Asian Access board named Bruce Johnson as Interim President, effective October 1, 2007. Johnson, who joined the organization in 2004, is a current staff member and also serves as Vice President for Leadership Development. His responsibilities include overseeing the design and implementation of the Asian Access leader development model across twenty countries of Asia. The board also established a search committee and a process to find a permanent replacement.Dr. David Bennett, a member of the Board of Directors’ search committee said, “Doug is stepping down when the ministry is expanding and with a capable leadership team already in place. We don’t see a major shift in direction. We know God’s vision for us and are continuing to pursue it energetically and enthusiastically. Transitions can be challenging times, but they also help deepen our trust in God. As our recent 40th anniversary celebration in Malaysia demonstrated, the Lord has been faithful to Asian Access over the last four decades, and our mission’s future is bright as we hope to identify our fourth permanent president by the spring of 2008.”Asian Access, based in southern California, develops leaders and serves as a catalyst to multiply churches across Asia. The organization trains Asian pastors and deploys missionaries to Japan to partner with Japanese churches. Asian Access is a member of Evangelical Council for Financial Accountability (ECFA) and Evangelical Fellowship of Mission Agencies (EFMA). For more information, Asian Access can be found on the internet at www.asianaccess.org.