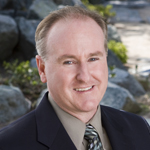 Asian Access, an evangelical mission organization announced today that its board of directors has named Joseph W. Handley, Jr., 43, as the organization’s fourth president, set to begin June 30, 2008.

The board of directors noted Joe Handley’s tremendous missions experience and abilities as key factors in their decision. Chairman Ron McMahon stated:

“The board of directors was unanimous. We really like this man that God has brought to us. One of the key factors for the board was to find a person that had the right chemistry for Asian Access—that he and his wife Silk would fit well with the staff family—as well as the capabilities for the role. We feel God has clearly blessed us with Joe Handley.”

Handley has served for nearly a decade as Associate Pastor of Outreach at Rolling Hills Covenant Church (www.rollinghillscovenant.com), a large evangelical church in Southern California committed to sharing the Gospel both locally and globally. During his tenure, the church planted several churches in the region and overseas, developed a local compassion ministry, and the number of missions participants nearly doubled. Previously, Handley established the Office of World Mission at Azusa Pacific University (Azusa, California), which mobilized hundreds of college students for global mission trips.

At its May 13 meeting, the Asian Access board extended the invitation to Joe Handley, and after carefully considering the call, Handley accepted the new post. In a family letter to Asian Access staff dated June 7, Handley wrote:

“We are incredibly humbled and honored that the Lord would consider us worthy for this call. Furthermore, we are looking forward to how the Lord may lead us together in vision for the future. God has great plans for us and together we are going to see amazing fruit as we allow Him to lead us. We’re excited about joining the team!”

His predecessor Rev. S. Douglas Birdsall, 54, stepped down on September 30, 2007 after 16 years as president to dedicate himself as Executive Chair of the Lausanne Committee for World Evangelization (LCWE, www.lausanne.org), a position he has held since 2004. Birdsall cited the need to focus exclusively on the Lausanne movement as the primary reason for his decision.

“Joe Handley is a wonderful choice to serve as the new president for our mission,” remarked Birdsall, who continues to serve as an Asian Access board member. “He has outstanding Christian character and a great knowledge of world missions. His enthusiasm and his excitement about Asian Access are contagious. Joe is the kind of leader who inspires confidence as he casts vision. So, if you want my opinion, it’s two thumbs up; five stars; home run; out of the park!”

Board member David Bennett added, “In Joe Handley, God has provided a leader with a global vision, contagious passion, international experience, cross-cultural sensitivity, and missiological insight. Joe is a leader who will accelerate our progress toward our vision to see a vibrant community of servant leaders with vision, character and competence leading the church across Asia. [We are] eager to welcome him as our new Asian Access president.”

Bruce R. Johnson has been functioning as Interim President until a permanent president was appointed. Johnson, 57, joined the organization in 2004 as Vice President for Leadership Development and has continued that role throughout his nine-month interim presidency.  Johnson will return to focusing his full attention as Vice President to leading the ministry across Asia.

Handley now leads the ministry into its fifth decade. The ministry launched in Japan in 1967 as “Language Institute For Evangelism,” pioneering short-term English teaching as a means of evangelism. In the 1980s, the organization became known as “LIFE Ministries” and began to train Japanese pastors, as well as to explore new models of church planting. In 2002, it adopted the name “Asian Access” to reflect its widening scope throughout Asia.

The mission has expanded into several nations across Asia, with plans to establish work in 20 countries. Current countries include Cambodia, India, Mongolia, Nepal, Sri Lanka, and closed countries whose identity must be guarded. These networks have grown to include hundreds of leading pastors across Asia trained by Asian Access.

Asian Access, based in Southern California, develops leaders and serves as a catalyst to multiply churches across Asia. The organization trains Asian pastors and deploys missionaries to Japan to partner with Japanese churches. Asian Access is a member of Evangelical Council for Financial Accountability (ECFA) and The Mission Exchange (formerly Evangelical Fellowship of Mission Agencies). For more information, see Asian Access at www.asianaccess.org.