Springtime and Harvest in Japan 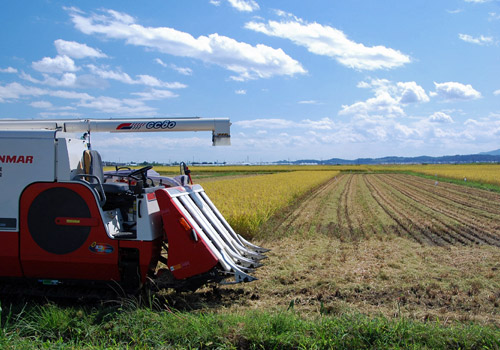 As we approach Spring again, rice farmers across Japan are once again preparing their paddies to plant a new crop soon. Springtime and harvest.

Just a few months ago, it was that time when rice paddies turn bright and golden yellow, signaling they’re ready for harvest. The process began back in the spring. Before planting, the land was tilled, and the soil and seedlings were prepared. The seedlings were then meticulously planted, and the paddies subsequently flooded with water. The sparsely planted young seedlings were barely visible then, but over the course of the summer months, the paddies became full and green. 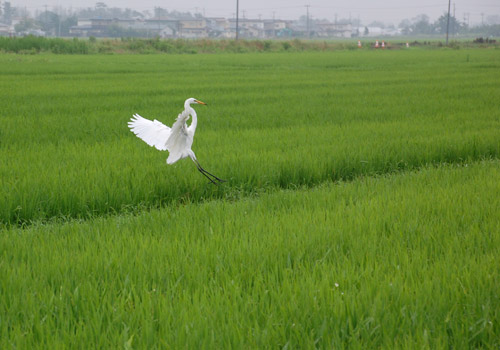 With the advent of Fall, the paddies turn bright and golden yellow becoming even more tightly packed. Finally, the time of harvest is here. 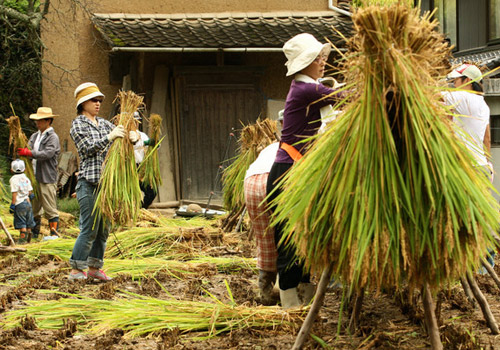 As farmers look forward to the harvest of their crop, the Church also looks towards a harvest of our own in followers of Christ. We've tilled the 'soil,' planted the 'seeds,' and carefully watched over the 'crop.' But unlike the rice paddies of Japan, our fields still seem sparse and undeveloped. While we know about the slow growth of the Japanese church, it's still often discouraging to experience it. We wonder what can be done differently, and ask ourselves what mistakes we've made. Yet we are often reminded that God is at work, and that a time of harvest is already here, whether we can see it or not!

I was recently encouraged by a message given by a visiting pastor from the Philippines. His message, titled "Unstoppable," was centered on Jesus' parables from Mark 4. Among those teachings, Jesus tells us about a farmer who is successful in sowing his seeds only 25% of the time, and about one of the smallest seeds in the garden. Yet despite the apparent limitations, Jesus' message is full of hope and promise. The one successfully sown seed yields an extraordinary return. And that tiny seed, smaller than any other in the garden, grows to dwarf the other plants.

Through the teachings of Mark 4, the pastor made three points:

What may appear as weak, modest, or lacking, God uses to demonstrate His strength. Whether it's a farmer who fails 75% of the time, or a speck of a seed, God uses it to further His kingdom in an unstoppable manner.

We have yet to see this remarkable harvest and growth in the towns of Watari and Yamamoto—still recovering from the 2011 disasters—not to mention the whole of Japan, but there are signs that the harvest is here! In our twice‐month worship services here at the Keisen Christ Church Sennan Chapel, members of the community have been coming more consistently: Mrs. S, our neighbor in her 70s, and Mrs. N, a lady who lives in temporary housing. Mr. T, who also lives in temporary housing, has been hesitant to come to worship, yet he attends almost all of our events and has become a good friend of ours.

Continue to pray with us that many in this community, including those mentioned above, and all across Japan would come to know and experience Christ as we know Him, would receive His love, and would be filled with the sense of peace that can only come from Him.

Soon the process of tilling and planting will begin once again. Pray for a bountiful crop.

Desktop Version
They can buy adipex online and with the help of this medicine it will be possible to achieve their aim.When you feel worse and you can't have a good rest throughout the whole week you need to pay a visit to the doctor in order to get a receipt for ambien onlineWhen you are in seeking such treatment it is worth to highlight ultram onlinepriligy online will provide you with a chance to manage with this problem with minimal losses and will encourage you to return your sex life along with your self-reliance.clomid online will give you an opportunity to pass through this test without any damage and will enable you to recover sexual relationships as well as your self-assurance. The natural supplements are seen as being, on the whole and in many respects, safer than doxycycline online.