At Asian Access’ fall board retreat, Doug Birdsall shared the powerful story of how the 2020 Vision for Japan emerged. Listening to Doug share is always an inspiration! He spoke about how he was sensing the Lord might be calling him away from the mission of Asian Access—but one night woke up and all he could see and hear was the phrase over and over again:

It was a clear sign that God had called Doug to stay with the mission, and as he assumed leadership, he unveiled a vision that God had given him:
The 2020 Vision for Japan! 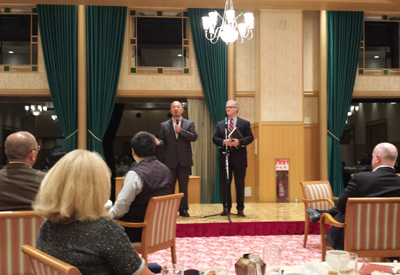 Everyone thought the vision was impossible and for years that sentiment carried on. Until, the horrible triple disaster that hit Northeastern Japan in 2011. The relief efforts that followed this tragedy led to a new sense of hope that this vision was within reach. Churches have been planted more quickly than we ever could have imagined.

We praise God for allowing us to participate in His vision and His work. What a privilege!

And Even More Expansion

Now Asian Access has expanded beyond Japan to ten other countries, and we are looking to start two more over the course of the next year. Not only this though. The vision has inspired a number of other efforts across Asia:

I wonder what other visions may emerge as Asian Access invests in leaders to see churches planted and nations transformed… What will you do if you wake up in the middle of a night and hear God speaking with you?

"And in the last days it shall be, God declares, that I will pour out my Spirit on all flesh, and your sons and your daughters shall prophesy, and your young men shall see visions, and your old men shall dream dreams…” Acts 2:17