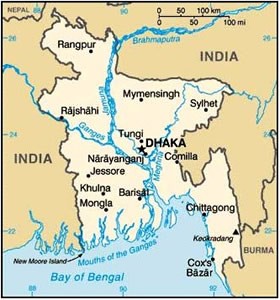 Bangladesh (MNN) — It took 28 years to get a petition before the High Court in Bangladesh, putting the official state religion in question.

Yet, as soon as the case opened it was shut, with the judges choosing to maintain the status quo. The threat of instability was already rising, as more attacks against Christians and Muslim-Background Believers (MBBs) surfaced in the days leading up to the hearing.

Religious minority groups raised concerns over the ruling, saying this would only embolden Islamist forces from inflicting more terror in the country. Says Peter Mazumder, with Asian Access, persecution is not a new problem. The pressure has been increasing steadily for over a year–about the same time fundamentalist Muslim groups surfaced.

That’s proven especially true for Gospel workers. Although the constitution includes freedom of religion, and there aren’t blasphemy laws or an anti-conversion bill on the books, in practice, antipathy toward Christians is severe.

Pressure to recant the Christian faith will be exerted by family, friends, and neighbors. That’s doubly true of a Muslim-Background Believer (MBB).  The murder of 65-year-old Hossain Ali last month resonates deeply within the Christian community in Bangladesh. It was also a warning. Extremists are hunting down the so-called “apostates” and punishing them for leaving Islam for Christianity, regardless of how long ago it happened. Mazumder says, “We found that they have lots of lists, how many years they became a Christian, from their ministry background.” 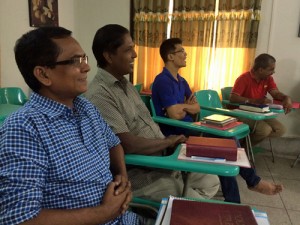 Islamic extremists have taken to posing as people who are expressing an interest in learning more about the story of Jesus. “Those who were hearing the Gospel [the extremists who were posing], most of them were finding out who is actively doing this kind of work, identifying them, and then killing [them],” he explains.

What’s more, even though Ali’s murder was blamed on a group that has sworn allegiance to ISIS, “When the government found out, they did not believe that this was related to the Islamic State. They think that this is the work of fundamentalist groups who are trying to collapse the government.”

Because of the terror threats around religious holidays, “The government is giving some protection when we have a church service, like when we have some kind of Christmas gathering or Easter gathering,” says Mazumder. While they are grateful for the protection at that time, he adds, “It isn’t a long-time protection.”

Faced with the extremists who are essentially hunting down MBBs, A2 partners need a creative response. “We just ask God to reveal different ideas of how we can share the Gospel in different ways.” They are also wary, Mazumder adds, “especially in our office. We just hired two more extra security officers so that not just anybody can come inside the office.”

There’s also subtle pressure. “One of my staff converted from Islam 15 years ago, along with his parents. Now he has his own coaching center. The thing is that the students [found out] he converted from Islam, and they stopped coming.” And that morphed into outright threats, notes Mazumder. They said,

“‘You converted from Islam to Christianity, and you dishonored us, so we won’t come to your place to study. Be careful of your life.’ Pray for [the staff member], because he’s also in danger right now.”

Under the threat of instability, Asian Access international committees are praying in concert. Mazumder explains, “They are very concerned and helping us to connect with the prayer warriors in different areas who are praying with us.”

Pray for Bangladeshi Christian community to boldly proclaim Christ in spite of persecution. Pray that other “should come to Christ, and also that they should not leave their faith.”