Each of these pastors has a plan according to God's call

SE Asia (MNN) – For the past two and a half years, a group of pastors in SE Asia have been working hard to complete eight training modules through Asian Access. This area of the world is known for its resistance to the Gospel and those who share it.

These pastors recently completed the last module, have graduated the training, and are on their way to impact the world for Christ. 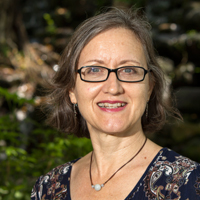 Mary Jo Wilson of Asian Access was able to teach during the last module.

“The final topic is missions so it’s looking at what they’ve learned about discipleship, multiplication, leadership and how they’re expressing that not only in their local context but expanding out regionally, nationally, and globally,” she says. 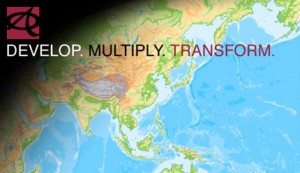 While cross-cultural mission trips often involve going overseas, Wilson explains that the area is extremely diverse with a large number of cultures and language groups all in one area.

This last module was designed to give these pastors a vision for world mission– even if it’s just reaching out to their neighbors.

“I think it’s natural for all of us to stay in our comfort zone and reach people who are right around us, who look like us and talk like us,” Wilson explains, “So I think for any Christian, it requires a bit of a push to get out of that comfort zone and see people who are very different from us, even if they have the same passport, and to find ways to cross that culture, to understand them and to plant seeds of the Gospel in ways that are relevant and expire an indigenous spark.”

In implementing the things that they learned in the module, these pastors have found resistance.

After a failed attempt with one group of people, they returned to the church. But God provided for them and rewarded their effort.

It turned out that members from the very same group worked in a building behind the church. The pastors were able to build relationships with them.

“It’s exciting to see ways that God was already working and providing means to bridge into these other cultural people groups around them and to see what doors God was opening and ways they could engage in that.”

This small group of pastors isn’t on very many people’s radar, but Wilson says it’s important that they get prayer support from other believers around the world.

“They’ve got big issues to wrestle with, in addition to poverty and education, they’re experiencing persecution right now and severe health issues. And so, there are a lot of things going on and I know that prayer is really powerful and that’s one way that we can engage and support and encourage and be part of that work.”

But even with big challenges, they have big dreams.

Wilson says toward the end of the program, each pastor presents his plans for ministry. One pastor who came from a rural setting wanted to mentor other pastors.

“The training that he’s had with Asian Access over these two and a half years has so dramatically impacted his life and his family and his ministry that he’s looking for ways to take this to rural pastors. So he has started a next level training to encourage and work with rural pastors.”

He’s already done a couple sessions, and his work is truly a God-send. Some of the pastors he’s encouraged were on the brink of quitting. It’s common for them to get discouraged due to isolation and burnout.

Asian Access is excited to see pastors who are passionate about their own walk with God. Leaders like this can more effectively engage the world around them with the Gospel and encourage believers to do the same. 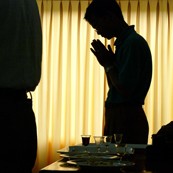 “It’s exciting to see they’ve got a direction and steps and ways to accomplish it. So we’re excited to encourage and support and continue to pray with them.”

We can all raise support for pastors like these and help them pursue the calling God has given them. The most important thing to do is pray.

Wilson says God cares for these pastors and that is reason enough to stand behind them.

“If I’m a believer and my heart is to know God and love him, I have to see that part of his heart.”

Listen to the broadcast (story starts at 1:50)