Changes for the Church in 2017

The Church in Asia prepares for increased pressure

International (MNN) — As last year has just come to an end, it’s easy to look ahead to the new year as a chance for resets and new beginnings. However, Noel Becchetti of Asian Access says for the Church in Asia, what might come is more intimidating than rejuvenating.

He says there “is a rising intolerance and direct pressure against Christians and then sometimes others [who] may not be Christian but [are] people who are not part of the ruling group.” 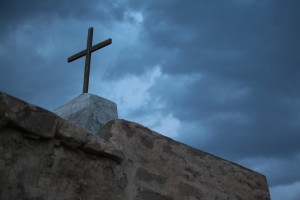 Take Bangladesh. “Up until a few years ago, Bangladesh, while a Muslim majority country, has really been known for its tolerance,” explains Becchetti.

However, “About three years ago, kind of out of nowhere, some attacks began.” He says these attacks targeted “pastors, other Christian leaders, other religious leaders, and even secular NGO leaders.

“Pastors were getting SMS messages saying, ‘Make sure you eat your favorite foods cause you’re going to die next week.’”

This sudden spike in persecution went hand-in-hand with a rise in new believers, but that caused another problem. “There was an authentic rise in interest in Jesus among university students, but it was also sprinkled with infiltrators pretending to be seekers so they could get in,” remembers Becchetti

During a recent conversation with a local church leader, Becchetti discovered, “Things are better, it has calmed down, but [believers have] got to be vigilant in a way [they] never were before.” 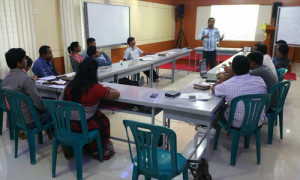 And Bangladesh isn’t the only country to undergo critical leadership changes. In the Philippines, a new president was recently elected “who has vowed to go after the drug dealers and the drug addicts in the Philippines.”

The problem is, the methods this president is using to fight the drug empire are violent and unpredictable. Becchetti says about 3,000 people have been killed in this crusade, and “the newspapers were saying that about 2,000 of those cannot be traced to anything related to drugs. They’re just vigilantes going after people they don’t like or people who they disagree with.”

One of the other primary countries struggling with persecution is India. Since a new prime minister was elected, the government has taken steps to “Hinduize India” and implement Hindu beliefs and policies into the political sphere. Christians and Muslims have been particularly targeted, and although “there was some pushback by responsible leaders in India and others elsewhere… the party has replaced people in key positions,” says Becchetti.

And the effect is spreading even beyond the borders of India. For example, “In Nepal they’re still recovering from the embargo India imposed on them.” 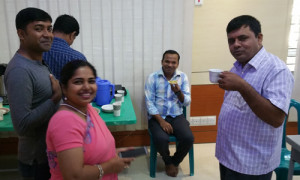 When Nepal passed their first constitution, India’s government was dismayed. The constitution was secular in nature and allowed some religious freedom instead of declaring the nation to be a Hindu state.

In response, Becchetti says India “shut the border down for about a year,” and although it has been reopened, “for a while the only way you could get things like gasoline, cooking oil, [and] most of their supplies was through a black market.”

With so many countries starting to participate in persecution, Becchetti explains some local pastors believe, “Our main church won’t even be there anymore, they won’t be allowed to, and so we need to start working now for that.”

Becchetti says of a pastor friend, “His personal church network has already started and implemented a whole new system of house churches… They’re going from a formal church model to an intentionally informal [model], led by couples who have been trained and equipped to do this kind of work,” preparing the Church for whatever may come.

If you want to see how you can help, we can connect you at Asian Access’s website here.

In the meantime, be sure to remember believers around the world as they head into this new year and prepare for the coming challenges. Pray that they would anticipate what is to come and continue to spread the love of Christ to their friends and enemies alike.

Listen to the broadcast (story starts at 1:40)