What can a ministry accomplish when God is leading the way?

Asia (MNN) — What does the phrase ‘Jubilee in Jakarta’ bring to mind? Certainly, a celebration…probably one in Indonesia. You’d be right on both counts. Asian Access (A2), a ministry dedicated to leadership development and church planting in Asia, is marking what God has done with the initial vision of empowering pastors in Japan 50 years ago. 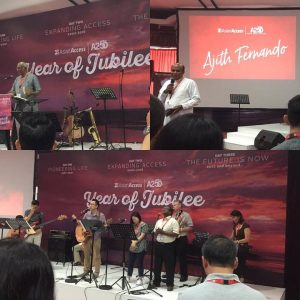 A2’s Noel Becchetti shares, “The immediate, exciting stuff going on for Asian Access is next week…we have two new countries beginning.” What started in Japan has grown into core leadership partnerships with a dozen other nations, including the newest in the Philippines.

At the same time, Becchetti explains, an orientation session is launching in a creative-access South Asian nation, “which means by early summer, the new class will be fully involved in its course material.”

The commitment from A2 is firm, and the strategy the ministry uses requires a commitment from all its participants. “Once a country has given us the ‘green light’ to move forward, we then invite about 25 to 30 potential participants in the class, and then we spend about three days in a kind of extended introduction to Asian Access.”

Becchetti describes the first meeting as an orientation period to help these church leaders know what they’re getting into. “‘Is this what I thought I was hearing about? Is this something I might be interested in? Do I think God might be calling me to it?’ When people commit to Asian Access, they’re saying, ‘I will be at eight four-day sessions over a two/two-and-a-half day period with no absences.’”

For example, “What came out of the Philippines just recently is, out of the 30, they’ve got 12 leaders whom they have invited formally or those people who have accepted or committed formally — so that starts next week.” The relationships built in this cohort will serve in multiple capacities: network, council, colleague, and friend. That’s especially helpful when you consider the challenges faced by many of A2’s leaders.

Becchetti observes what he calls a ‘global pendulum swing’ in many countries toward intolerance, authoritarianism, and persecution. In the last two years, he says, it’s been marked. “In areas where the Gospel is really exploding — where a lot of them are becoming believers, and a lot of them [come] out of a context like Islam where it is volatile when they do so — there just seems to be this pushback spiritually.” 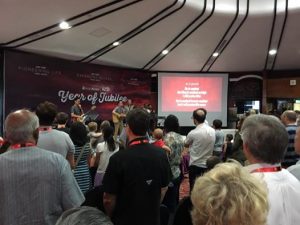 In the celebration of legacy, A2’s leadership also looks forward to building on the foundation that’s been laid. One of the cornerstones is prayer. That’s especially true now that the last couple of years have seen significant opposition rising up against the Church. To that end, these leaders are asking for prayer for boldness and wisdom, explains Becchetti. “There are no guarantees, but I think [pray for] protection in even knowing what to do. Honestly, in India, it’s happening so rapidly — even our leaders, including our guys here, are asking, ‘What do we do? How do we respond to this?’”