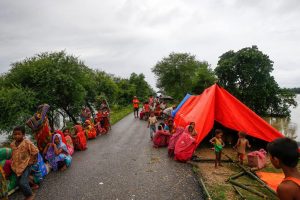 “Everywhere there’s water, so deep; [it’s a] very difficult situation. People [have] lost their [livelihood] and all the food, clothing; everything they lost,” said Mr. Chittry*, a friend of Asian Access.

Flooding affected people and infrastructure in 35 of Nepal’s 75 districts, according to government statistics. Some 11.5 million people live these in flood-hit districts, Devex reports. Five districts were still struggling to recover from the 2015 earthquake, and four had not yet recovered from severe flooding in 2014.

In the coming days, waterborne diseases and severe food shortages pose the biggest threats. Many communities are cut off from food, water, and electricity. Please ask the Lord to protect His followers in Nepal. Pray this disaster causes many to seek His face.

As you pray for Nepal, pray for India and Bangladesh, too. The deluge affected more than 16 million people throughout the region, aid officials told the Thomson Reuters Foundation.

Nepal floods are common during monsoon season, but this year’s deluge was unusual, cites The Diplomat. Instead of striking people in vulnerable “pockets”, flooding has stretched from east to west and submerged more than one-third of the country. 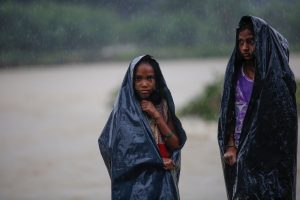 It’s a time of desperate need and fast action, but Nepal’s government is standing in the way.

“They want to do it by themselves,” explains Mr. Chittry. “If we wait for the government decision, then people will be losing their lives.

“There’s not enough food to eat. There’s also a [need for] medicine. [There’s a] fear of cholera and other things, so [we] need more prayer there.”

At the time of this article’s publication, the Nepali government had not yet declared a state of emergency. This limits the ability of NGOs and INGOs to respond. Furthermore, the government is restricting independent relief activities. All flood aid must be directed through the Prime Minister’s Relief Fund.

Thankfully, local churches and leaders trained by Asian Access are on the move.

“The local churches and local government [are] trying to help them, but that’s not enough.” 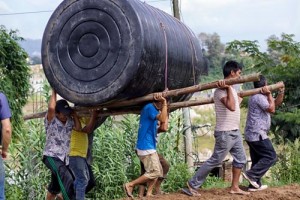 You can undergird their efforts by giving through Asian Access.

Most importantly, pray. Pray for perseverance and strength for flood victims, and pray that aid workers will gain access to those who most need help. “People are facing a very difficult situation and they lost hope,” shares Mr. Chittry.

“Pray that their need can be met and also they will not lose their hope in the Lord in this crisis.”