International (MNN) — False worldviews in South Asia about men and women lead to increased domestic violence as billions are confined to their homes by COVID-19.

Adrian DeVisser, the Vice President for Partnership Development at Asian Access, says ugly views towards women already exist, but the isolation is compounding the issue.

In the cultural context of South Asia, which is informed by Hinduism, Buddhism, and Islam, De Visser says, “[People] believe that man is [like a] god, and the wife happens to be not a god. For instance, a lady in Asian contexts sometimes find it difficult to call her husband by name. She will call him by the name of the child and say, ‘So and so’s father.’ In an Asian context, a woman will be the last to eat in the home. You serve your god, you serve your husband. And then . . . you sit and have your meal. It’s already a very evil practice.”

Holding to these deeply held beliefs, De Visser says authorities often do not take domestic violence cases seriously. “When the lady goes to the police, the police will [treat it] as a family issue. ‘You need to go home and settle that issue.’ So when she comes back home from the police station, her husband is more angry, and the domestic violence increases.”

De Visser says domestic violence can start small but often increases steadily in severity. Many women in these contexts think abuse is normal because they saw their mothers endure it before them.

De Visser says women can even blame themselves.

“Because of our Buddhist and Hindu overtones in our culture, it can also be seen as ‘I must have done something horrible in my previous life, that I’m going through this domestic violence.’ So as long as you believe the karma, then you keep taking it in, believing that you’re paying for your previous life.”

Will Christianity solve the problem?

When someone comes to know Christ, doesn’t that solve the problem? Not necessarily, De Visser says:

“As long as Asians continue to believe that you are a god and your wife is subject, you can be a Christian, but you will still resort to domestic violence.”

People who come to Christ in these contexts need to have their world-views challenged and replaced by the knowledge that men and women are equal in worth and dignity under Jesus Christ. 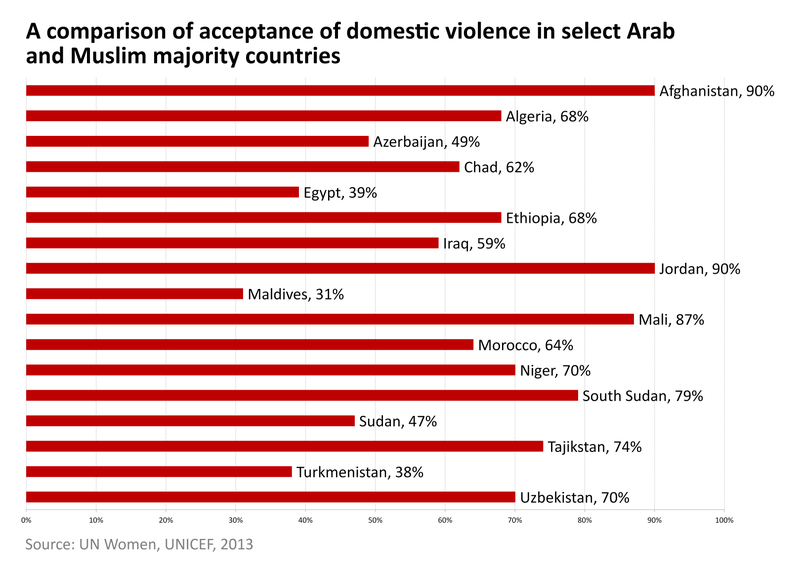 “In Islam, [people] say the woman’s Heaven is under a man’s feet. If you have believed this kind of concept, all of your life . . .  it’s not going to change overnight.”

De Visser says Christians in South Asia need role models of what marriages between Christians ought to look like.

In fact, he conducts marriage seminars in which he teaches husbands and wives the difference between cultural values and the things that Christ values.

“We need to understand world-views and replace [them] with a biblical world-view. If not, the churches in Asia are growing. But it might be a pagan Christianity, and not necessarily a biblical Christianity.”

North American Christians can heed the same advice. After all, it isn’t just women is South Asia that are being abused by their husbands, and it isn’t just a South Asian worldview than enables it.

Mission Network News exists to inform multitudes about stories that matter and empowers them to take action that changes lives. Join over 1 million radio and internet users each day. Hear stories of what God is doing around the world – and how you can be involved. Each MNN broadcast includes pray, give or go opportunities that help you find your place in the story. Sign up at mnnonline.org to receive daily news in your inbox. Or check out MNN on social media and share them with others. MNN is a ministry of OneWay Ministries.