Military, civilians face off in Myanmar as crisis escalates 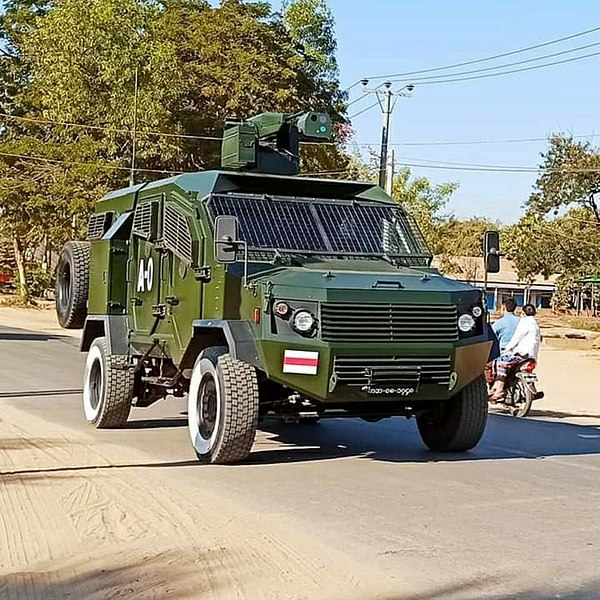 Today ends a tumultuous week in Myanmar. Yesterday, police broke up crowds in the capital with a water cannon and catapults in a northern town. Troops that typically fight insurgencies in border states were seen moving into larger cities. More Western nations joined the U.S. in condemning the junta and sanctioning its members.

“They’re very concerned about what’s happening and that they won’t be able to have contact with outside people,” Handley says.

The junta shut off Internet access for three consecutive nights this week, but some found ways to skirt restrictions. Now, it’s been over 24 hours since Handley heard from his contacts in Myanmar.

“They [said] that might be a possibility; we’ve had to change communication channels three times already since all this started,” Handley says.

“If they shut down the internet completely, it’ll be very difficult to communicate.”

Controversy surrounds China’s involvement in the Myanmar crisis. The arrival of a Chinese plane in Myanmar on February 10 prompted rumors of technical support for the junta’s internet blackout. Chinese officials dismissed the accusation, saying the flights were transporting seafood. More about that here.

Pray for communication channels to reopen. Ask the Lord for Gospel opportunities and safety as believers share Christ with people searching for hope. Send tangible support through Asian Access here.

“The alumni of Asian Access are out on the streets trying to encourage their neighbors; they’re trying to get aid to people that are under pressure, persecution,” Handley says.

“Developing leaders is crucial because they’re at the forefront, being the heart of Christ in society.”