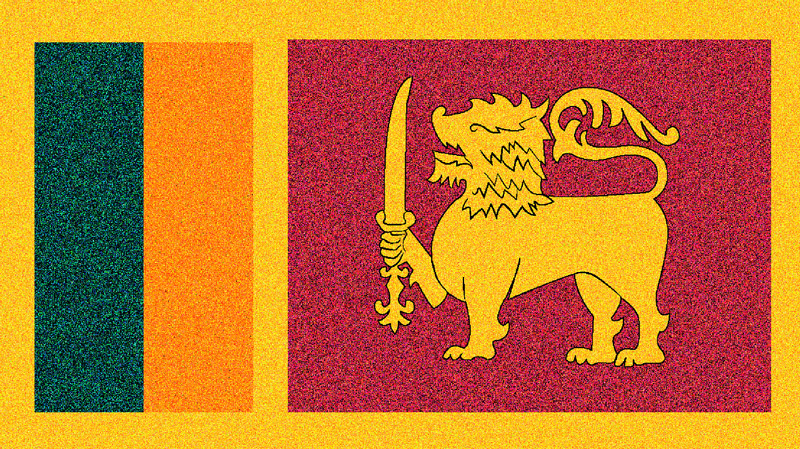 Crowds remain there today, many swimming in the large pool or lounging on expensive beds while the police look on. Civilians from the protest have volunteered to keep order. People have expressed both awe at the wealth and indignation that it has been kept from ordinary civilians.

The crowds won’t leave until President Gotabaya Rajapaksa officially steps down. That has been promised for July 13. Still, Rajapaksa hasn’t officially resigned yet, hinting at possible complications to come.

Also on July 9, crowds stormed the prime minister’s house and even set it on fire.

Adrian De Visser with Asian Access says hunger and desperation drove the protests. Many people cannot buy food, gas, or other essentials. “So people streamed to the city of Colombo in busloads and trainloads. They were particularly concerned that it should not be a violent demonstration. But the police fired tear gas and opened fire into the air in order to frighten people.”

“But millions of people were in the city. And the police could not control them.”

Once Rajapaksa officially resigns, a temporary government will hold power until elections in three to six months.

June 10 was a quiet Sunday at churches around Sri Lanka. Most people don’t have the fuel to drive anywhere.

But Christians continue to pray for new leadership, free from corruption. De Visser says, “All of this has come upon our country because the present government has been extremely corrupt, especially the ruling family. They have robbed the people of their wealth. Pray God will bring people of integrity.”

Local churches continue to help their neighbors in Jesus’ name. Ask God to strengthen them. Plus, you can support these efforts through Asian Access. Learn more here.