Bangladesh (MNN)― The one bright spot so far in the collapse of the 8-story Rana Plaza building, located in the Bangladesh garment district, is a woman who survived the conditions, trapped in rubble for 17 days.

Rescuers found her Friday, a buoy to flagging spirits. The death toll surpassed 1,000, making it one of the worst industrial tragedies ever. The national co-director of Asian Access/Bangladesh, Rev. Peter Mazumder, also serves as director of IFES-Bangladesh (International Fellowship of Evangelical Students). He says, [Sic] "It was like a bombed area.... The garment owner bought the permission from the government to construct up to five floors, but he constructed nine floors." 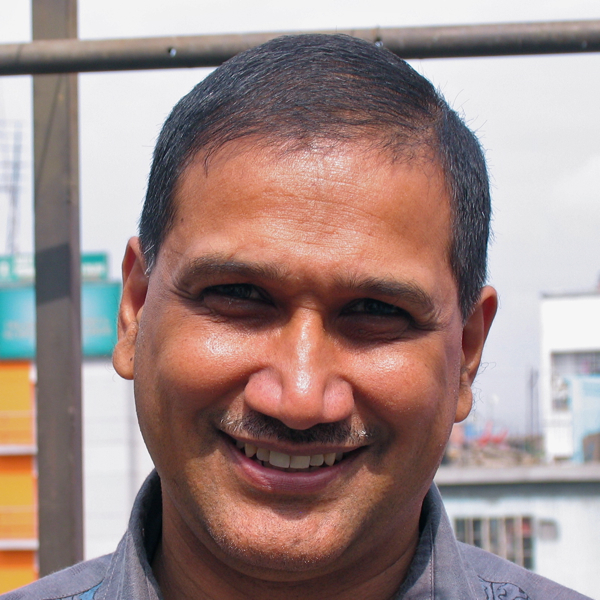 Mazumder goes on to explain that aside from adding too many stories, the owner of Rana Plaza added even more weight to each floor. [Sic] "There was a lot of time that the electricity goes down. They put a big, big generator on each floor. While the electricity goes down, suddenly, the five generators switch on together, and suddenly there is a big shaking. That's the reason, suddenly, that the building collapsed."

Competitive pressure and corner-cutting make for a combustible situation, only needing a spark to set it ablaze. The garment sector is largely unregulated, which fueled the fury of the workforce in the wake of the earlier collapse and a fire last week. "Many people died. That is the reason the garment laborers are so angry about that."

Part of that rage was fueled by a blatant disregard for the safety of the workforce, Mazumder points out. [Sic] "Before that, there was a crack in the building. Laborers say, ‘We cannot go to work because the building is some problem.' But the owners told the people, ‘If you don't, we'll not pay the salary.' Because of the poor people, by force they went to work."

The warnings were there. Forced to choose between eking out enough to stay alive and working in a dangerous environment workers, many of them gambled on keeping their jobs. Most of these workers make little more than the national minimum wage of about $38 per month.

Consider that Bangladesh earns nearly $20 billion a year from exports of garment products, mainly to the United States and Europe. Survivors demanded at least four months' salary. Mazumder explains, [Sic] "The businessmen, they don't want to give proper wages. They are giving very low [wages], and they are protesting that ‘we need some kind of productivity (protection).  The empowerment should be a kind of (protection) where the laborers can work and they should get a proper salary.'"

Still, the negative attention forced some positive action. On May 08, the Bangladesh government said it had shut down 18 garment factories for safety reasons following the April 24 collapse of the building housing five garment factories.

You may be wondering what connection these industrial accidents may have to a ministry like A2. The ministry trains and equips pastors and church leaders not only to lead, but also to multiply the church and disciple new followers of Christ.

It follows that the Church, made up of people in the community, would be directly affected by the disaster. Mazumder says while he isn't aware of anyone connected to A2 being injured in either the collapse or the fire, there is [Sic] "the humanitarian concern. Many churches came... Even my organization, we just [obtained] some water, food, and we just distributed during this rescue time."

How is this a path to the Gospel? When the earthquake, tsunami, and nuclear meltdown struck Japan in 2011, it was Christians who mobilized first and committed the longest. At that time, Asian Access mobilized 30 tons of aid with the help of a $1 million dollar matching grant. That aid has gone a long way to spiritual healing, says A2 President, Joe Handley. "The churches have been at the forefront of providing relief. So, as people have really faced the emotional and the spiritual trauma that has hit them, the Church has really risen to the occasion to meet people's needs."

Offering a cup of cold water in Jesus' name...the brightest light amidst the rubble.