Hope, dignity, and love rise out of the ruins of Japan's tsunami 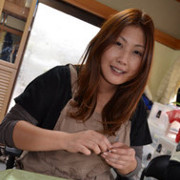 Beauty from brokenness out of Japan

Japan (MNN) ― It has been more than two years since the devastating earthquake and tsunami in Japan.

International attention has since shifted focus to other more immediate disasters, but memory of the devastation by a three-fold horror remains a daily reminder in Ishinomaki, Japan, one of the hard-hit areas.

Many of the survivors remain in temporary housing. Jobs are scarce. Rebuilding life on nothing but shards seems an impossible task. Sue serves with Asian Access along with her husband, Eric Takamoto. Together, they created a church network called *Be One. Through Be One, a team was sent into Ishinomaki to help with disaster relief in 2011. From there, Sue began to facilitate the Nozomi Project.

She explains, "Japanese love dishes, and in the wake of the tsunami, one of the things that you couldn't miss was the broken pottery from the houses that were crushed or washed away." The remnant of community and lives that were shattered was all too obvious. As Be One brought humanitarian aid to Ishinomaki, the team members began to wonder, "What if we could do something with this pottery and allow it to bring employment, hope, and dignity to women in this region?"

The idea was born: make something beautiful out of the remnants: jewelry. Selling it could bring in a sustainable income...and hope. It was a great idea, until it came to the Ishinomaki residents going through the debris piles in search of workable materials. Sue says, "We found that it was too emotionally difficult for residents from this region of Ishinomaki to actually pick up the shards themselves. We have volunteer teams come who will pick up the shards, and then they gather [the pieces] and help us by washing [the shards]."

The women they're working with are no strangers to loss. Most of them lost their homes or a loved one--or both. All of them are portraits of brokenness and restoration. As Be One began training the women with the tools they needed to create jewelry, relationships formed. That is actually when the scope of the emotional devastation was revealed, Sue notes. "We really think this next year, we're going to see more and more families really struggling to figure out what to do with themselves, how to rebuild at this point, and not just rebuild their homes, but rebuild their lives."

Sue goes on to say, "At least once or twice a month, one or more of the Nozomi women will say, 'So, when are you guys leaving?' They've just seen a lot of volunteers come and do great things, but then they go. What we really feel is that to make a long-term impact, we need to be here for the long-term." That's partly why the Takamotos wound up moving to Ishinomaki for good last March. Choosing a name for the project was a no-brainer. Nozomi means "hope" in Japanese. In a way, the artistry has been an earthly picture of creating beauty from brokenness, just like God does.

Nozomi women are creating one-of-a-kind pieces of jewelry featuring broken pieces of pottery left in the wake of the tsunami (called the Shards of Hope product line), as well as other beautiful products such as kimono accessories. Each of their product lines has been named by a Nozomi woman in honor of a loved one in her life.

Through the restoration of dignity and hope, Sue says, something else has emerged. "We're just finding that women are beginning to see the reality of Jesus and of who He is in their lives. Women will say, ‘I never really knew if I believed in God,' or ‘My image of God was bad until I began to work here and began to meet many Christians who are living out something different.'"

...and provide for those who grieve in Zion--
to bestow on them a crown of beauty
instead of ashes,
the oil of joy
instead of mourning,
and a garment of praise
instead of a spirit of despair.
They will be called oaks of righteousness,
a planting of the LORD
for the display of his splendor.

Listen to the audio broadcast: