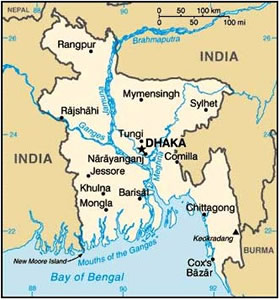 Bangladesh (MNN) — What makes a valid mandate when it comes to elections?

Yesterday, the Awami League handily won Bangladesh’s election, but the victory was marred by street fighting, low turnout, and a boycott by the opposition. Without a contender, the Awami League took more than two-thirds of seats in the contest.

Accusations over unfair process prompted strikes and protests, some of which turned into deadly clashes with police. Asian Access vice president for leader development Noel Becchetti says the process reveals an enmity that goes back decades. “For over 20 years, you basically have two rival parties in Bangladesh. They’ve been trading power back and forth. Unfortunately, what each of them do whenever they regain power is: rather than actually try to run the country for the benefit of the people, they just try to punish the other party.”

What’s more, Becchetti says, in an effort to strengthen its numbers, the opposition made a move that could change a moderate Bangladesh. “The Bangladesh Nationalist Party made some coalitions with some harder line Islamic parties to try to get more people together in their quest for power.”

A sectarian element adds another layer of difficulty for Bangladesh. Due to the troubling economic conditions, observers say the rivalry is standing in the way of progress and compromise. Five people were killed on Monday in a clash between supporters, and two more died in election-related violence in rural areas. Polling on Sunday saw 18 deaths and more than 100 in the run-up to the election.

The Prime Minister said new polls could be called only if the opposition stops the violence. Becchetti says, “When you have this kind of unrest, it puts pressure on everybody who’s simply a peace-loving citizen. When they strike in Bangladesh, most of the transportation shuts down. Most of the shopkeepers are afraid to open their stores for fear of violence. It really stops your ability to function.”

Asian Access just began round two of a 2-year A2 Leader Development program in Bangladesh, the first Islam-dominant country in which Asian Access serves. Becchetti says while they haven’t heard of any reports of Muslim on Christian violence connected to this spate of violence, they are watching the situation. “Everybody tries to be discrete, lay low, look out for their neighbors, and stay out of the areas where you know there’s going to be trouble: the city centers in the urban areas, the main squares in the rural areas, places like that.”

Up until now, A2 has operated in countries where Buddhists, Hindus, or atheists have been in the majority. With a Christian population of less than 1%, the Church in Bangladesh needs more leaders of the highest caliber. Therefore, “We haven’t stopped what we’re doing; we’re just trying to be discrete about it. We were able to run our most-recent training even during a strike period, but it requires some delicacy,” explains Becchetti. “We’ve got another training coming in a month or so. Everybody’s going to have to look at it very carefully, because you don’t want to put people at unnecessary risk, in things like just having to travel from where they live to where you’re going to hold the training.”

As Country Resource Coordinator Jeff Johnston noted at the inaugural commencement, because these leaders have experienced personal transformation, their families, churches, communities, and country will be changed as well. He wrote, “Graduation is only the beginning of what God will do through these leaders, whose network of friendships built within the A2 community is, in and of itself, breaking down long-time denominational barriers.” 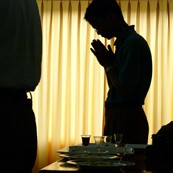 Becchetti urges prayer. An injection of sanity into Bangladesh’s predicament would go a long way. “Pray that the Holy Spirit would begin to bring some sense of sanity to leaders who aren’t necessarily Christian, but they’re still human.” Secondly, he says, pray for wisdom for the church leaders. “People in the country see how Christians live, act, and minister in these crisis situations. How can God use that as really a salt and light witness in the community?”

They still need partners to walk alongside. Click here to help.