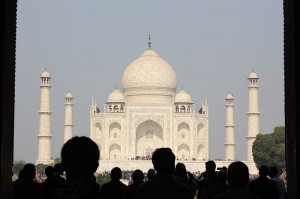 India (MNN) — India has witnessed a huge economic boom and is going through a rapid modernization process.

In the flux that follows change like this, there’s upheaval while a new social order emerges. Asian Access India Director David Dayalan explains, “If you look at India, traditionally, we’ve been a patriarchal society where the role of women has been more of a secondary kind of role to support the husband and take care of the kids.” Now, he goes on to say, “We’ve seen women being empowered; we’ve seen, also, there is this crime against women which has been ever increasing in the recent past.”

As millions of men and women have migrated from villages and small towns to big cities, women are now educated, and they work. While the old order of society continues to slowly fade away, there is resistance, resentment, and sometimes violent reaction. “In a patriarchal society, a man always thought he was the head. Suddenly, to see women liberated and women up there challenging them for the jobs–probably another way of getting back at them: it’s a way of asserting his authority.”

Since last year, it seems India’s headlines regularly feature stories of gang rape, acid attacks, or immolation. One notorious case last year resulted in expanding the sexual harassment laws to protect the victims and punish the perpetrators. The issue of violent crime against women then became a political hot-button, and lawmakers hurried to show they were taking a stand on violent crime against women. 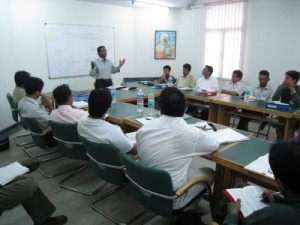 But it seems, in practice, little has changed.

The latest rape cases involving two foreign women in India last week have cast the country’s record on sexual violence back into the spotlight. Violence against women is entrenched.

Dayalan says A2 is preparing pastors to deal with the challenges facing Indian society. “As a church, how do we respond to our society and the evil of the crime against women? First and foremost, we teach them to recognize women as co-heirs, equal in the sight of God and creation.”

Transformation–in a church, a neighborhood, a city, a nation–always begins with transformation in the lives of individuals and then moves outward. Dayalan explains, “It starts there. The church models that, starting from pastors who treat women as equals, and at the same time, they teach their congregations.”

Since broader change ignites from the transformation of the individual leader, that’s where A2 focuses its energies. That’s brought noticeable change, Dayalan adds. “The church has been very responsive. If  there is one place you see in India where women have a greater degree of dignity and identity, you’ll see it in the church.” 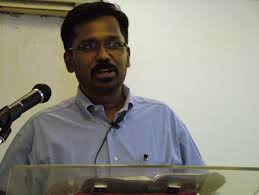 As the Church gears up to respond to new challenges of an emerging India, Dayalan says they’re challenging leaders to do more than think differently. There’s also the challenge to action. “I think the church needs to be a lot more vocal. The church kept very silent, whereas people in the streets came out and added their voices. But unfortunately, the church and the leadership really didn’t speak out.”

While in the throes of growth, this is the time they need the support of the broader body of Christ, notes Dayalan. “In terms of politically, to raise up your voice as a unified Church, to talk about the crime against women: we still have a long way to go.  We would really appreciate your prayers on that.”

India is maturing into a major player on the global stage. The Church has an opportunity to be at the forefront, helping to guide the way. Find out how you can come alongside the pastors and church leaders of India here.