The character of persecution 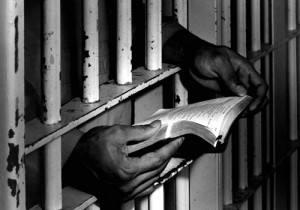 Asia (A2/MNN) — Persecution is alive and well in Asia.

It’s easy to forget when visiting a country and reveling in its exotic beauty. Asian Access’ national leaders are gracious and, says A2′s vice president for leader development, Noel Becchetti, “I am often lulled into complacency as I visit with our A2 participants and hear about what God is doing in their area.”

A2 leaders are being developed into a generation that is making disciples, planting churches, helping street children, working in the garbage dumps, establishing orphanages, and working with those suffering from human trafficking.

However, progress like this doesn’t come without resistance. There have been recent flare-ups of fear and resentment of the growth of the Church in Hindu, Buddhist, Muslim, and/or animistic areas. Another common denominator between these countries is one-party dictatorships that have replaced any semblance of representative government.

As these issues ebb and flow with events, political climate, and other things, so too does persecution. 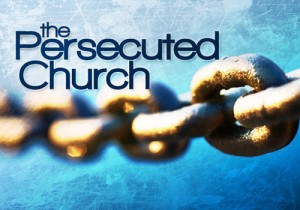 At least two of the countries where A2 has a presence are currently facing significant harassment and persecution. Becchetti explains why he didn’t want to share the country names. “I’m getting paranoid enough that I’d rather not identify names, locations, or anything else that could compromise our brothers and sisters in these countries. God will, of course, know how and where to direct our prayers on their behalf.”

Recent political events in one area where they’re partnering have emboldened extremists from the historically-dominant religion of that country. After years of peace, Becchetti explains, “We had a bunch of pastors arrested out of the blue, being accused of doing illegal baptisms. On paper, they are illegal. This is a government that has written anti-conversion laws that do mandate jail terms for things like baptizing people, but those laws haven’t been enforced for a number of years.”

A2 leaders (along with other courageous Christian leaders in the area) went to the authorities on behalf of these pastors and got them released. But the situation remains tentative and very tense. “Our leaders just said, ‘You’ve got to be praying. We’re trying to figure out what happened and how to respond,” Becchetti shares.

A second situation involved a well-regarded Christian educational institution. “Police have come in, and they’re raiding Christian schools. They’re arresting and beating up the faculty, the administration, and the students. They’re trying to run them off.” Becchetti notes that some students have quit the school and returned to their homes (likely the intent of the authorities), but the majority have chosen to stay and persevere in spite of the oppression.

Becchetti tried to contact a national director to get his thoughts on the aforementioned situation. The conversation was short. “Noel, these things you mention: I cannot talk about them. Do you understand?” He then immediately cut off the connection. 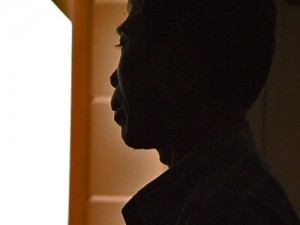 For in-country leaders, things like this are taken largely in stride. “They just consider suffering part of the calling–for them. It’s all in a day’s work. We’re all freaking out here in the West, and they’re saying, ‘Look: this is what we signed up for. This is what the Bible said was going to happen.’” What’s more, Becchetti says, even if they’re hauled off to jail, “They’ll say things like ‘this is great because we get opportunities to witness to the police that we otherwise wouldn’t.’”

When asked how A2 is training these pastors to deal with the pressure of persecution, Becchetti demurred on that point. “Asian Access is able to provide an environment where these folks can get additional support. But honestly, we’re not training them. They’re training us in what it means to really ‘walk the walk.’”

It’s only going to intensify in the days ahead, according to these same leaders. Prayer is a huge encouragement. Becchetti says these are specific needs:

The other is support. “Asian Access helps to try to sponsor pastors who are ministering in these countries because many of these situations, they’re very poor countries. The pastors often make no money.” Becchetti says it costs around $2500 to support a pastor and his family. Sounds like a lot, doesn’t it? But this is where the beauty of the body of Christ comes in. “10 people at $20/month, and you’ve got it covered. 20 people at $10/month, and you’ve got it covered. A pastor could be sponsored for a whole year.”