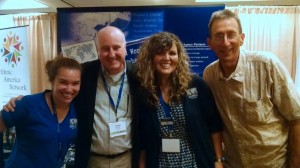 USA (MNN) — The 2014 Missio Nexus Leadership Conference for North American mission groups has come to an end. However, the new strategies and relationships formed during the four-day event in Atlanta, Georgia are only just beginning. Among the major takeaways from this year’s event: collaboration.

“There’s no way we can do the whole job alone; we need each other,” notes Joe Handley of Asian Access.

“That’s the reality of the Kingdom of God, and I think that’s the way that God designed it to be. Unfortunately, many of us just say, ‘Hey, it’s our way or the highway,’ or ‘We’ve got the best thing since sliced bread, so if you can’t do it our way, we won’t work together.'”

Asian Access (A2) was among the first groups to put this theory into practice two years ago.

“We realized we were lacking in an area of sending folks to Asia to serve Christ, particularly in Japan,” Handley recalls. “There was a huge need, and we just didn’t have the capacity [to fill it].”

It took some time, but A2 and SIM USA were able to form a collaboration that worked well for both groups. Read more details here in the original article.

“That has been, really, a phenomenal partnership. Together, we’re working in a way that advances the Kingdom in Japan,” shares Handley.

“They let us lead the work in Japan, but they become the sending force.” 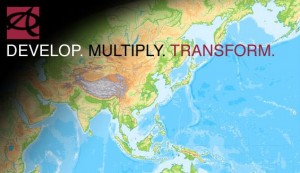 Collaboration is woven into the fabric of A2’s ministry. They don’t just send short-term mission teams to Asia: they partner with national pastors to further the Great Commission.

“Every one of our national directors is the leader of a church or an entire movement, or even the bishop of a denomination,” Handley says.

Asian Access develops Christ-like national leaders that strive to multiply churches and transform communities. A2 is working in 20 Asian nations, doing all for the glory of God.

Learn more about their ministry and how you can come alongside their work here.

“That’s just one small example of what groups are doing; Asian Access isn’t the only one.”

Pray for new partnerships and collaboration that began at the Missio Nexus conference. Pray that these efforts will honor God and expand His Kingdom around the world.

Listen to the broadcast: (story starts at 1:52)