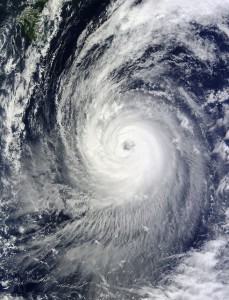 President of Asian Access Joe Handley asks for prayers for Japan. While Asian Access does not have personnel near Mt. Ontake, they are hopeful that Christians in that area can respond in a positive way. (Read more about that here). With the impact of Typhoon Phanfone, these desires are certainly compounded.

Asian Access works alongside the Church of Japan to help them be a witness to the Gospel in good times and bad.

According to USA TODAY, rescue operations at Mt. Ontake were halted Sunday due to heavy rain from the typhoon. At least 12 people are still missing on Mt. Ontake, and 51 have been confirmed dead. With the accumulation of ash–up to two feet in places–along with the rain, there are fears of mud slides.

Authorities issued evacuation advisories for about 500,000 people Monday, including the region of Tohoku which was hit by 2011’s earthquake and tsunami.

CNN says there has been one confirmed death due to the typhoon–one of four U.S. airmen swept out to sea Sunday. Two of these men, stationed at Okinawa, are still missing. A university student also went missing Sunday afternoon while surfing.

Meanwhile, A2 still has workers on the ground responding to the triple disaster of 2011.

Japan has seen its fair share of “bad” lately. Wikipedia says Japan is one of the countries most affected by natural disasters including tsunamis, floods, typhoons, earthquakes, and volcanic eruptions.

Typhoon Phanfone is another reminder, not only for Japan, but for Christians. It is a reminder that precious lives are taken at any time. It’s a reminder to be in prayer for Japan. Asian Access reports that only 1% of Japan is Christian. 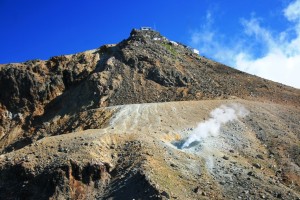 As disaster after disaster strikes, ministries like Asian Access are there, not only to support the church and bring humanitarian aid, but to share eternal hope. This is the hope of the Gospel of Jesus Christ.

Pray for the areas affected by the volcano and typhoon this past week. Ask God to use this time to open the eyes of the blind to His love for them. Pray for comfort for those who have lost loved ones.

Listen to the broadcast: