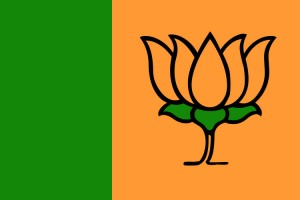 India (MNN) — One leader saw it coming but didn’t think it would grow this fast. Others were suspicious but couldn’t say definitively what would, or would not, come to pass. Some are still unaware of the dangers surrounding them.

Now, all cards are on the table: the Bharatiya Janata Party (BJP) is openly pushing for a “Hindu-only” India.

In the run-up to Christmas, Christian carolers in Hyderabad were attacked by a Hindu mob, and mass re-conversion ceremonies in Uttar Pradesh were planned but stopped short. While the BJP was chosen this summer to revive India’s economy, their true intentions are beginning to shine through.

“I wasn’t surprised at what’s happening, but I’m really surprised at the speed at which the BJP is moving.” Asian Access India Director, David Dayalan, recently told A2’s Noel Becchetti.

“He’s very alarmed, on the one hand, but he sees a great opportunity on the other,” Becchetti continues. “His alarm is: the Christian leaders are very slow to realize what’s happening. On the other side, he says, ‘This is our time.’

Hear more in the full interview.


How did BJP come to power? 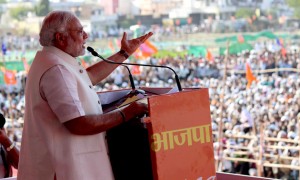 This summer, the BJP leveraged Narendra Modi’s popularity with the public to garner votes, and the Hindu nationalist party was selected to lead India for the next five years. Becchetti says BJP platforms–reviving the economy and ending corruption–reflected the desires of many Indian voters.

But now, six months into Modi’s rule, a third-party platform is gaining priority and unveiling a deeper concern: the “Hindu-ization” of India.

“Their contention is: ‘India has always been Hindu…we’ve been Hindu since 5,000 years ago, and that’s what we ought to be. So the Muslims, the Christians, the Buddhists, the Jains, the Zoroastrians–everybody else here–are interlopers and don’t belong here,'” Becchetti shares.

India was subject to British rule for nearly 90 years, but in 1947 it became an independent democracy. India’s electoral system is designed to produce a balance of ideologies, and generally succeeds.

However, balance isn’t one of the BJP’s goals; the Hindu nationalists would much rather prefer a theocracy.

“They’re going through the system, but it’s not because they believe in the system. It’s because the system is their way in,” explains Becchetti.

State elections, held during the “off-years,” typically produce another layer of diversity to India’s leadership. But in the case of 2016, state elections could result in religious domination and threat.

“BJP is going to try to win majorities in those states because if they do, they’ll control the upper and lower houses of their parliament. And that’s when they would start going after constitutional amendments,” says Becchetti.

What can you do about it? 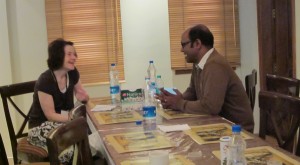 “This does have geo-political implications. India likes to consider [itself] a global player,” notes Becchetti.

“What kind of India do we want to be relating to, and what’s the United States willing to do, [both] as a society and as a government?”

See how God’s Kingdom in India grew during 2014 through A2.