The Japanese Church: change is the key

Japan (MNN) — Change is hard, but without change, it’s easy to get stuck.

We spoke to Gary Bauman of Asian Access about changes taking place in the evangelical Japanese Church. 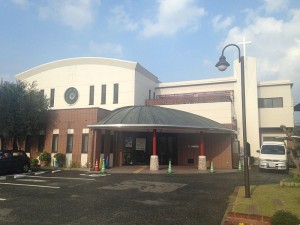 Traditionally, leadership in the church has come from within. While this has been effective, it’s become more difficult to motivate members in the church to become leaders.

Bauman says, “In Japan, the Church is so small that there just aren’t very many people to come up into leadership.”

The existing leaders are older, many of them having started in ministry after WWII. The younger generation of men is more concerned about their careers in the business world.

Pastors and leaders are saying there is a different future for how leadership is raised for the Church–one that will help the Church ultimately grow.

When Bauman asked him what he meant, the general director explained that leaders coming from the outside not only provide more possibilities, but they would also have the potential to bring the outside community in to the Church.

Japan is seeing some interesting trends outside of the Church that go against centuries of tradition, says Bauman.

“Japan has built right into the culture the whole sense of apprenticeship, and historically in the working world there would be an understudy.”

While this still takes place within the church, many younger leaders are taking charge in the workplace, in relief efforts, and the like.

Dangers of the Christian subculture

If new leaders are not found for the existing churches in Japan, growth could halt. There is also a disconnect between the Church and the world around them. While it’s true Christians are called to be set apart from the world, they are also called to go and make disciples and share the Good News of Jesus. They can’t effectively do that if they are not involved in their community.

Bauman puts it this way: “We need the new leaders coming in from outside because there is very definitely a Christian subculture in Japan. In many cases, it can be disjointed from what’s happening in the general Japanese world.”

This disconnect has forced a sort of paradigm shift when it comes to the way new leaders are found.

Many churches are realizing the benefits of getting involved in community events.

Bauman says there are some dangers of getting in a strong groove within the church.

“As a Christian community, we become comfortable with each other, and we start losing connections to people that we knew and enjoyed and had a lot of good times with before we became a Christian.”

If people could stay more connected in an effort to share the new life they’ve found, it could in effect bring many more people to Christ. After all, as Bauman reminds us, often new Christians are the most effective evangelists.

Background on A2 training in Japan

For the first year of their pastoral ministry, pastors meet up with a network of pastors every three months for a few days to discuss relevant topics and ways to implement useful knowledge.

These meetings are a seminar-workshop combination.

Throughout every area of their ministry, Asian Access is very careful about one thing. Bauman says, “The key thing is that we aren’t coming in as an outside organization telling the Japanese churches and pastors what to do.” He says the motto of Asian Access today is that of the ministry’s founder almost 50 years ago: “My vision is to help you fulfill your vision.”

In other words, “In partnership, we serve together,” Bauman says. Asian Access therefore becomes a catalyst, not an organization asking churches to be modeled in western styles. Bauman says the greatest challenge for them in Japan is learning patience. When new ideas are brought up, there is usually a long period of discussion and re-discussion. He says this can be frustrating for a westerner accustomed to fast-paced decision making. How should we pray? “The main way to pray is that there would really be a movement of God to impress upon any younger people within the church the need to do Kingdom work– to be involved in full-time ministry, so to speak, and to really commit themselves to that.”

Listen to the broadcast (story starts at 2:31)