70 years after WWII; further generations shouldn’t be predestined to apologize

But Asian Access is working to bring peace and unity throughout the Asian and global church.

During his speech, Abe expressed grief and reaffirmed past apologies from Japanese leaders for the actions the country took in the war, as well as the losses it suffered.

“History is harsh,” he said. “What is done cannot be undone.”

Abe later added a twist to his apology, which has attracted complaints. “We must not let our children, grandchildren, and even further generations to come, who have nothing to do with that war, be predestined to apologize,” he said.

Reports and leaders of neighboring countries have expressed their frustration and described his speech as a “watered-down apology.”

Gerald L. Curtis, an expert on Japan at Columbia University, told the Washington Post Abe’s speech didn’t satisfy anyone. But Curtis did point out the Prime Minister included the four “sacred words” past Japanese leaders have used in commemorative speeches: aggression, colonialism, apology, and repentance.

“Even if not in first-person declaratory sentences,” Curtis said. “ And, he did not say anything so outrageous as to make an angry response unavoidable.”

But even so, Abe’s speech irritated retorts. According to the Japan Times News, China called his speech “evasive.”

“We know that the statement that ‘we should no longer apologize’ will be taken by Chinese government as quite negative,” says Takeshi Takazawa of Asian Access.

Takazawa further explains that the Chinese government will view Abe as not taking full responsibility of the pain Japan inflicted on China and several other neighboring countries in the war. 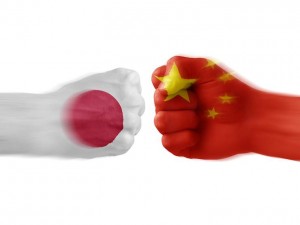 In response to earlier accusations, Japan said China has been dwelling on the past for far too long.

Though the diplomatic relationship between the two countries has been restored for some 40 years, tensions are still thick, and it’s taking a toll in the lives of younger generations.

Japan has been revising textbooks in schools for several decades. The books are now covering less of the events leading up to, during, and after World War II, as well as Japanese invasions.

“On the contrast, China and Korea–South Korea and North Korea–continue to educate young people what Japan has done,” Takazawa says. “So the gap between the understanding of what has happened during the war has been widened, especially among young generations.” 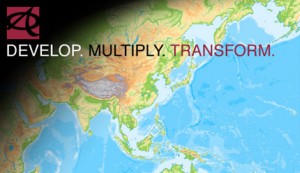 The best move right now is to promote healing and unity, and that’s exactly what Asian Access is bringing to the 11 countries it serves in Asia.

“We encourage spiritual leadership to take a step toward the future with the kingdom values,” Takazawa says. “We encourage [the] church to continue to keep the unity not just within Japan, but within the Asian churches as well.”

You can take part in that encouragement by joining the global church in prayer for one another to have fellowship, for governments in Asia to have wisdom and to move forward with the Lord’s values in mind.

Listen to the audio broadcast (Story starts at 1:13)